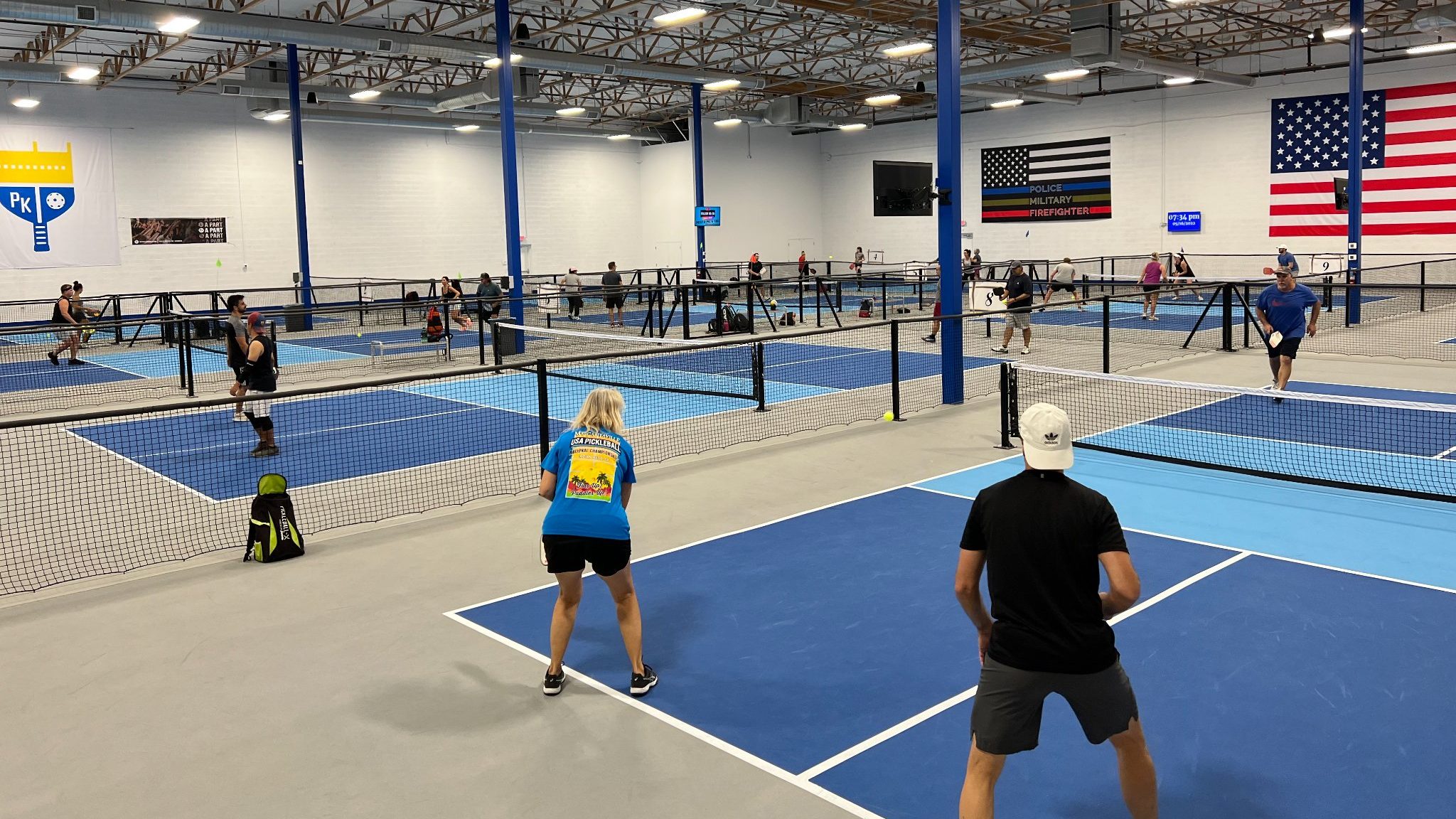 PHOENIX — Grab those paddles as one of the largest dedicated indoor pickleball facilities in the country is now open in Chandler.

Pickleball Kingdom debuted its fully air-conditioned 15-court facility earlier this month at the northeast corner of Ray and Rural roads, offering people a chance to play the popular sport without dealing with the heat and wind of outdoor courts.

“We are excited that Pickleball Kingdom has opened in West Chandler,” Mayor Kevin Hartke said in a press release.

“Repurposing a big-box gym into 15 indoor pickleball courts is an excellent healthy, indoor exercise option for our Chandler residents.”

Other amenities of the pickleball facility include a pro shop, snack bar, beer and wine options, locker rooms with showers, ball machines, a party room and lounge areas.

Pickleball Kingdom said it also offers a free class to introduce the rules and basic fundamentals of the game.

“At the Kingdom, we believe that pickleball is good for you physically, socially, and spiritually,” Mike Rodrigues, founder & CEO of Pickleball Kingdom, said in the release.

“We want everyone in the game. The reason most people haven’t tried the sport yet is either they don’t know anyone who will teach them, they don’t have the equipment, or they don’t know where to go. As ambassadors of the sport, we decided to eliminate all those barriers into this great sport of ours.”

Leagues and tournaments will also be held at the facility, according to the release, with guests being able to sign up for the events or reserve a court from company’s mobile app.

Rodrigues and his friends came up with the idea for Pickleball Kingdom in January of last year while standing in the sun on a windy day waiting for a pickleball court to become available, according to the release.

The game, invented in 1965, is played on a badminton-sized court and combines elements of tennis, badminton and ping-pong.

Jace Hyduchak was like most other kids in his kindergarten class: He loved to play basketball, dress up like his favorite superheroes and jump as high as his pint-sized body would take him on his backyard trampoline.
Close
Large indoor pickleball facility now open in Chandler