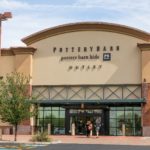 PHOENIX – The revitalization of a once-struggling West Valley shopping center will continue under a new owner.

TriGate Capital on Wednesday announced the sale of Goodyear’s Canyon Trails Towne Center to the Santa Cruz Seaside Company in a $41 million deal.

Dallas-based TriGate had owned the 90-acre property on the northwest corner of Cotton Lane and Yuma Road since buying it in 2013 for $23 million, according to a press release.

“The Santa Cruz Seaside Company is thrilled to invest in the Canyon Trails Towne Center and the city of Goodyear,” Karl Rice, president of the California-based company, said in the release. “This community is thriving, and we look forward to building upon the success of the TriGate Capital team.”

Canyon Trails opened during adverse conditions in 2008, the peak of the Great Recession. Two major tenants — Home Depot and Kohl’s — decided not to move in and a third, Sports Authority, soon departed.

TriGate said market conditions shifted in 2019, when a major redevelopment plan was implemented.

As part of the revitalization, the Home Depot site was rezoned and for residential development. Construction on a 284 units of multi-family housing is set to begin in two weeks.

“The momentum created by securing the multi-family component changed the narrative for the center and allowed us to ramp up our leasing efforts,” David Malin, lead consultant for TriGate, said in the release.

“By the middle of 2022, with the help of SRS we achieved 100% occupancy in the ‘shops district’ and signed transactions with nine new pad users.”

Santa Cruz Seaside Company plans to keep Malin and the entire development consultant team on board to keep finish the redevelopment.

The shopping center has more than 200,000 square feet available to build on and is looking to add a specialty grocer, large format retailers, restaurants and a hotel.

“The last piece of the puzzle is to fill in the missing holes in our big box area, which is happening now,” Malin said. “We are negotiating letters of intent with multiple national retail brands.”

Jace Hyduchak was like most other kids in his kindergarten class: He loved to play basketball, dress up like his favorite superheroes and jump as high as his pint-sized body would take him on his backyard trampoline.
Close
Revitalized West Valley shopping center changes ownership in $41M deal