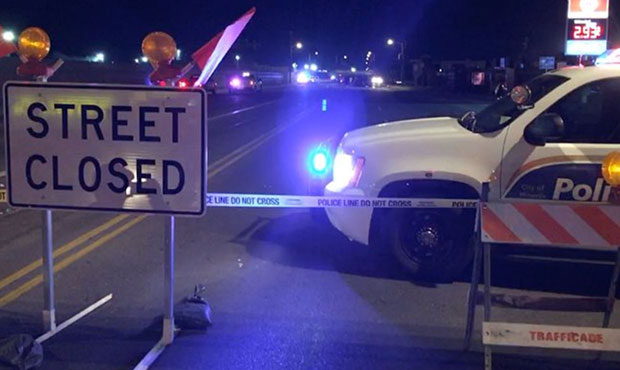 PHOENIX – One man was killed and another injured when two cars collided head-on near a Phoenix intersection early Wednesday.

Police shut down 19th Avenue and Broadway Road to investigate the 3:30 a.m. wreck.

Officers said a blue Nissan Rogue was heading south on 19th Avenue when it crossed lanes into oncoming traffic. It crashed into a minivan, carrying a sole occupant.

Both drivers were taken to a hospital. The driver of the SUV, identified Thursday as 24-year-old Philliphe Y. Martinez, was pronounced dead.

The minivan driver, who police said was not impaired, was expected to recover.