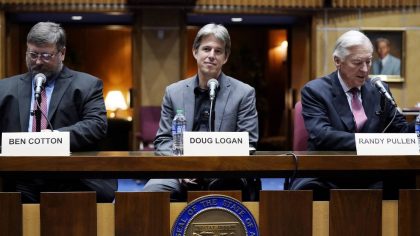 PHOENIX — The U.S. House of Representatives Committee on Oversight and Reform is investigating the role of lead contractor Cyber Ninjas in the audit of Maricopa County election results.

The committee alleges Logan has repeatedly refused to produce requested documents regarding the Florida-based contractor’s role in the audit.

Logan and other contractors unveiled their audit findings Friday, which produced results similar to the ones certified by state officials months ago.

“As a result of your obstruction, your participation in a Committee hearing is necessary for the Committee to advance the investigation of the questionable audit your company performed and to examine whether this audit is interfering with Americans’ right to vote free from partisan interference,” the letter said.

The committee said it was concerned about Cyber Ninjas’ role in the “highly unusual audit.”

Cyber Ninjas was hired by the Republican-controlled Arizona Senate in March as the lead contractor for the audit despite no previous election review experience.

Those audits found no problems, but state Senate Republicans subpoenaed the county for access to the election materials at the urging of Trump supporters who have refused to accept President Joe Biden’s narrow victory in Maricopa County and statewide.

The U.S. House Oversight and Reform Committee sent Logan a letter in July requesting documentation about Cyber Ninjas’ role in the audit, how it’s being funded, and any possible connections between his Florida-based company former President Donald Trump or his surrogates.

Employment is recovering from the severe contraction induced by the pandemic, but it is still way below levels at the start of 2020. Can it fully recover in the coming year?
Close
House Oversight Committee launches investigation into audit role of Cyber Ninjas