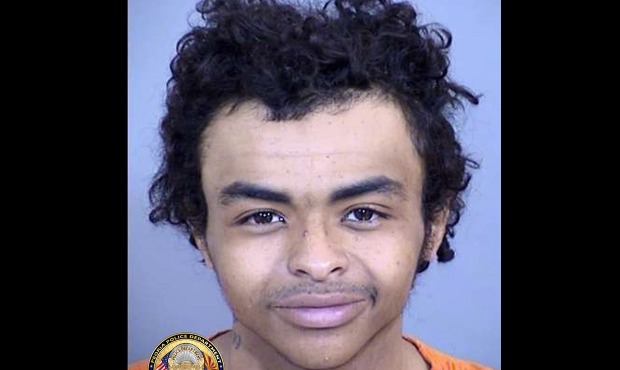 PHOENIX – Authorities on Friday identified the suspect in a string of drive-by shootings in the West Valley that killed one and injured 12 a day earlier as 19-year-old Ashin Tricarico.

The Surprise resident’s motive is unknown as detectives continue to work on the case, the Peoria Police Department said.

More charges could be brought based on the results of the investigation.

He was arrested Thursday in connection with eight shootings in Peoria, Surprise and Glendale over a period of about 90 minutes.

Surprise police took him into custody without incident around 12:45 p.m. at 147th and Grand avenues after a member of the Surprise Fire-Medical Department spotted a vehicle connected to the shootings, a white Volkswagen Tiguan, and reported it.

Four people were hit by bullets during the shooting spree, including a victim found dead in a vehicle on the Loop 101 Agua Fria Freeway near Thunderbird Road.

The nine other injuries were the result of car crashes and shrapnel such as broken glass.

Police said all of the surviving victims are expected to make a full recovery.

There doesn’t appear to be a connection among the victims. They range in age from 19 to 86 and include men and women of various races, police said.

A 3-year-old child was in one of the vehicles that received gunfire but was unharmed, police said.

The shootings took place as far north as Happy Valley Road, as far south as Northern Avenue, as far east as the Loop 101 Agua Fria Freeway and as far west as El Mirage Road. One each occurred on Loop 101 and Loop 303, and the rest were on surface roads. (See map below for details.)

Tricarico was being held on $1 million bond and his next court appearance is set for Thursday.