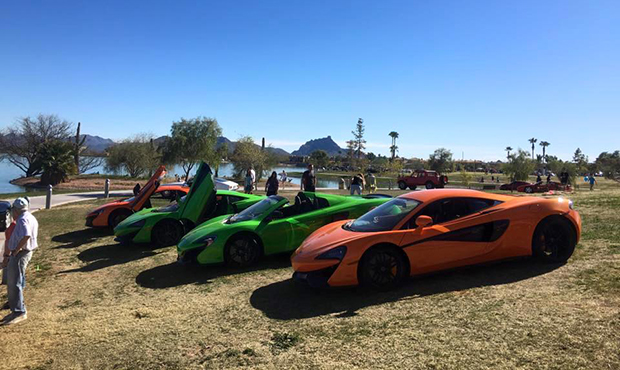 The seventh annual Concours in the Hills will take over Fountain Park from 10 a.m. to 3 p.m. on Feb. 8.

The free, family-friendly event will feature about 1,000 cars and all proceeds will go to the Phoenix Children’s Hospital.

The event has raised $275,000 for the hospital since its inception in 2013, according to a press release.

“Every year this family-friendly event just gets bigger and better,” Steve Schnall, senior vice president and chief development officer at Phoenix Children’s Hospital Foundation, said in the release. “We’re excited that the event will take place across the entire expanse of the park this year with more room to appreciate the stunning vehicles.

Some expensive and rare cars will be featured at the show, including two limited edition Jaguar D-types — valued at more than $20 million — and the Shelby Lone Star Cobra III prototype.

Racecar drivers Paul Tracy, Derek Daly and Dider Thays will attend the event to rev up engines at the start of the show.

The exhibitor entry fee is a minimum $60 donation for vehicles and $30 for motorcycles.

Food and live music will also be staples at the event, and parking is free.