Jhessye Shockley, a 5-year-old girl from Glendale, Arizona, went missing on Oct. 11, 2011, and police have been searching for her ever since.

Her mother, Jerice Hunter, was arrested and charged in the murder of her daughter in 2012. After several delays, her trial began in March 2015.

While police suspect Hunter disposed of Shockley’s body in a trash can, it has never been found and it is still unknown how the girl disappeared.

Here is a timeline of all of the events in this tragic story.

A massive effort is launched the morning after Shockley’s disappearance, including an Amber Alert, to help police find the 5-year-old girl. Initially, she was thought to have wandered away from her apartment near Glendale and 45th avenues after Hunter called police around 5 p.m. that night. Hunter claimed to have left Shockley at home with her older siblings while she ran errands.

Hunter was found to have a history of child abuse in California, for which she was sentenced to time in prison. Hunter was pregnant with Shockley shortly before serving three years in prison. Child Protective Services took Hunter’s three other children into custody the day after Shockley went missing.

Police said there has been no evidence of an accident or kidnapping. All who have been in contact with Shockley are considered to be “persons of interest,” determining those closest to her may have information pertaining to her disappearance.

Authorities announce a $11,000 reward for information leading to Shockley. They also said they had no leads in the case.

As Shockley’s grandmother, Shirley Johnson, rankled for more media and police attention, Mahogany Hightower, a cousin of Shockley’s, came forward to say they believed she was being abused in her mother’s home.

Shockley’s family argued that police have not done their best to find the girl by focusing too heavily on Hunter’s criminal history. The family also protested near the state capitol in purple bows, Shockley’s favorite color.

In addition to missing-person and child-crimes detectives, a homicide detective was added to Shockley’s case. That same day, Hunter gave birth to another child. The child was then taken into CPS custody.

After authorities stated they do not expect to find Shockley alive, Hunter was arrested on charges of child abuse. Sgt. Brent Coombs, a Glendale police spokesman, said new information led police to search Hunter’s house for the second time since Shockley’s disappearance. Hunter’s father publicly maintained that she had done nothing wrong and was being treated unfairly.

While Hunter pleaded not guilty in her court appearance, investigators continued to investigate Shockley’s disappearance as a murder case. After Hunter’s appearance, documents stating Hunter had ordered her children to lie about the treatment of their younger sister were released. Shockley’s siblings stated she was often found with black eyes and bruises and was kept in their mother’s closet.

Just a week after Hunter was arrested on suspicion of child abuse, police let her walk free. Glendale police continued their investigation as a homicide before making a formal charging decision. In order to avoid double jeopardy, police were obliged to grant her release to possibly charge her with felony murder.

Glendale Police released an area of landfill held in relation to the disappearance of Shockley. They did not say why.

Documents revealed when police searched Hunter’s home, they were looking for evidence of a murder. The search warrant said police were looking for things that Hunter could have used to hurt her daughter.

A prosecutor assured the public that a missing Glendale girl is not being forgotten and that authorities are pressing their investigation.

The Glendale Police Department concluded Shockley’s body was placed in a trash receptacle in Tempe prior to her being reported missing on Oct. 11, 2011. They started referring to the investigation as “an active homicide investigation.”

Jan. 10, 2012 — Glendale police announced they would search another landfill for Shockley’s body

The search is expected to take several weeks. Police still believe Hunter is their primary suspect and that she dumped her daughter’s body before calling police to report her missing.

Police have started methodically searching a landfill south of Phoenix for the body of a 5-year-old Arizona girl whom has been missing for more than four months and who authorities now believe is dead.

The landfill search for Shockley’s body was 75 percent complete and was expected to be completed by the end of June. Despite finding no evidence of the little girl, police were still hopeful that they would recover her body.

The search for a missing Glendale girl at the Butterfield Station Landfill south of Phoenix has come to an end. After months of searching, Glendale police said they were unable to find evidence directly connected to the death of Shockley. Police are still expected to pursue a case against Hunter.

Hunter was arrested on charges of first-degree murder and child abuse of her 5-year-old daughter. The formal arrest for murder comes nearly a year after Shockley’s disappearance, although her body has never been found.

Hunter plead not guilty to charges of first-degree murder and child abuse in the disappearance of her 5-year-old daughter after an 11-month-long investigation.

In the days prior to Shockley’s disappearance, Hunter disposed of a “large, heavy and foul-smelling suitcase,” according to a witness statement. An unidentified woman claimed she gave Hunter a ride to a Tempe apartment complex several days before her daughter went missing.

Attorney Dwane Cates filed a $3 million notice of claim against the state of Arizona, Child Protective Services and Glendale Police Department on allegations of “gross” negligence in the death of 5-year-old Shockley. The claim, the first step toward a lawsuit, was filed on behalf of three of Shockley’s relatives. That same day, Johnson attended a hearing where she fought for continued custody of Hunter’s three other children.

The trial in the first-degree murder of Shockley was originally scheduled for August 2014.

After facing two delays, Hunter was set to go on trial for the first-degree murder of Shockley on March 2, 2015. 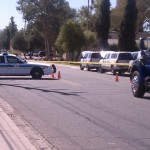 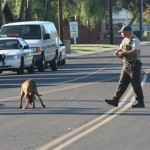 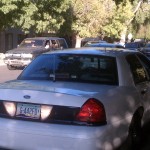 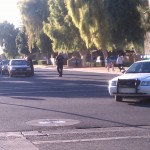 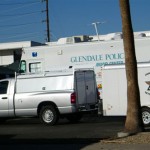 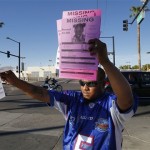