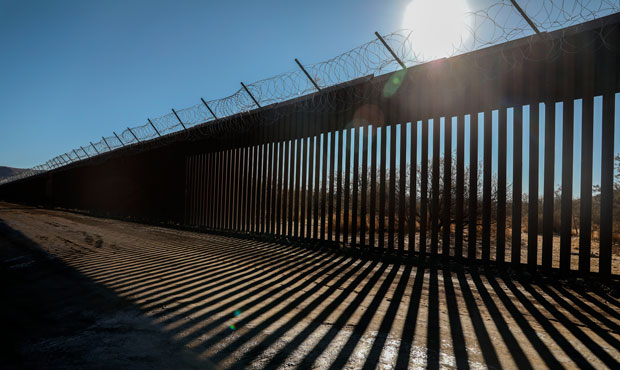 PHOENIX — The vast majority of drugs in the United States come through the southwest border, and the way the cartels are getting them across has changed during the COVID-19 pandemic, according to the local head of the Drug Enforcement Administration.

“We used to see a lot of people coming through the border with small quantities of fentanyl, methamphetamine, whatever was selling at the time,” Cheri Oz, special agent in charge of the DEA’s Phoenix Field Division, told KTAR News 92.3 FM.

“Because of COVID and the travel restrictions, there’s kind of a funnel effect,” she added. “There are fewer people that are allowed to pass the border and those people are taking bigger risks, and they’re carrying larger quantities.”

U.S. Customs and Border Protection data shows the amount of drugs the agency seized over the past few months has been fluctuating, but it’s lower than the last major peak in October when 81,564 pounds of drugs were seized.

Most of the drugs coming across the border are sent by the Sinaloa Cartel. Once the drugs get across into Arizona, it is packaged and distributed throughout the rest of the United States.

“We are the logistics hub for the Sinaloa Cartel,” Oz explained, adding that fentanyl is one of the cartel’s biggest products and one of the leading causes of overdoses in the country.

Preliminary data released earlier this month by the Centers for Disease Control and Prevention shows overdose deaths climbed during the early months of the COVID-19 pandemic, and illicitly manufactured fentanyl and other synthetic drugs were the primary drivers.

The CDC data shows more than 87,000 Americans died from drug overdoses over the 12-month period that ended in September. That’s a 27% increase from the previous year.

There were a total of 2,580 reported overdose deaths in Arizona, about a 36% jump from the previous year.

Oz said as overdose deaths have been increasing over the years, so has the presence of fentanyl in illicit drugs.

“Five years ago, there was zero fentanyl seized,” she said. “Last year, DEA seized over 6 million fentanyl pills. That gives you an idea of how the threat has grown and how quickly we have become a nation addicted to fentanyl.”

Are you pregnant? Do you have a friend or loved one who’s expecting?
Close
Pandemic changed drug trafficking at border, DEA Phoenix head says