Tempe to build roundabout at Grove Parkway and Priest Drive 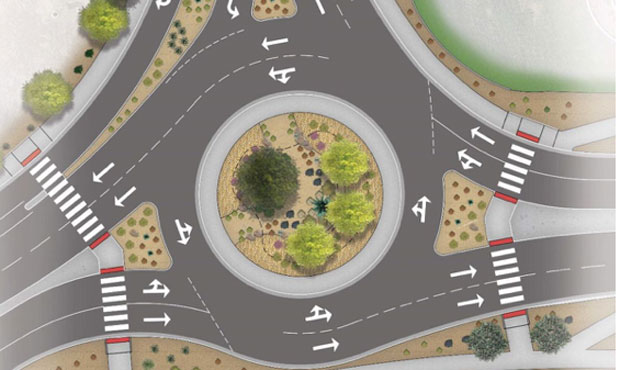 PHOENIX — Work is set to begin Monday on the construction of a roundabout at the Grove Parkway and Priest Drive intersection in Tempe, the city announced.

Northbound Priest Drive between Grove Parkway and Todd Drive will be closed to traffic and local bus route 56 will be detoured during the project, which is expected to take around four months to complete.

Access to all businesses will be maintained during construction, according to a press release.

The roundabout is designed to improve connectivity and facilitate traffic flow at the popular intersection without adding a traffic signal.

New landscaping and streetlights as well as ADA, bicycle and pedestrian improvements are part of the project, according to the release.

Some turning movements may be restricted as construction progresses.

The project is part of the city’s transportation safety strategy in the Tempe Vision Zero Action Plan.

Another is being considered for the McKellips Road-College Avenue intersection.

With the holidays approaching, it's important to know when your home is in need of heating and plumbing updates before more guests start to come around.
Close
Tempe to build roundabout at Grove Parkway and Priest Drive