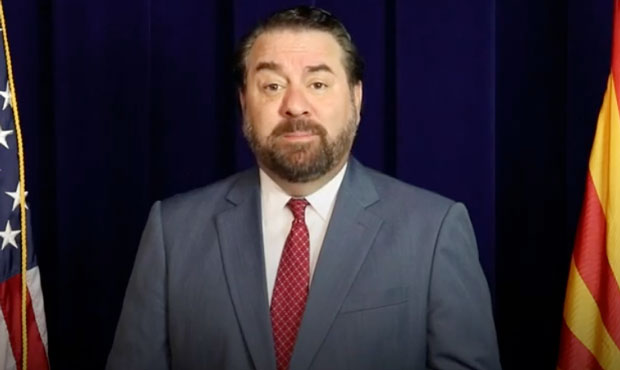 “I’m going to defend them.”

The nation’s highest court is scheduled to hear Brnovich’s case, along with a related case brought by the Arizona Republican Party, on Tuesday.

A federal appeals court ruled in January 2020 that Arizona’s 2016 anti-harvesting law, which bars anyone but a family member or caregiver from returning another person’s early ballot, violates the Voting Rights Act and the Constitution. The court also rejected the state’s policy of discarding ballots if a voter went to the wrong precinct.

“I would vehemently disagree with that, because that is what the other side is saying, and they always play the race card,” Brnovich said.

Brnovich said ballot harvesting can lead to voter fraud, and the out-of-precinct law impacts only a small number of ballots.

He also said Arizonans have an abundance of voting options.

“We can vote by mail. You can get on the permanent early voting list. Many of the counties have voting centers. You can vote early, up to 27 days before the election,” he said.

“There is a whole menu of options of how people can exercise their right to vote. Nobody is disenfranchising anybody in Arizona. This litigation is all about, ‘Can we protect the integrity of our ballots?’”

Brnovich said the case is also about state sovereignty.

“And so if you accept the logic of the 9th Circuit, you would essentially have federal judges micromanaging or having the ability to turn over a state law anytime there was any sort of statistical variations in voting patterns, and that just can’t be constitutional.”

If you haven’t received a COVID-19 vaccine yet, now’s the time to join many other of your fellow Arizonans who are doing so right now. No one will criticize you; there is no shame. In fact, you’ll be welcomed with smiles and open arms!
Close
Arizona AG Brnovich says US Supreme Court case is about election integrity