Poll: Andy Biggs’ constituents want him out if he played role in Capitol riot PHOENIX – A poll of registered voters in the East Valley released Friday shows more than half want U.S. Rep. Andy Biggs of Arizona to resign if allegations of his role in the Capitol siege earlier this month are true.

The OH Predictive Insights poll revealed that six in 10 voters in Biggs’ 5th Congressional District believe he should resign from his seat if the allegations are true.

Of the survey’s 500 registered voters, 44% of Republicans said he should step down if that is the case.

“Voters in this district across are sending a clear message,” OHPI chief pollster Mike Noble said in a press release. “They want any member of Congress who played a role in the riots to be held accountable.”

The poll, conducted Tuesday-Wednesday, showed seven in 10 CD5 voters, including three-fifths of registered Republicans, would support an investigation into what happened during the deadly violence at the Capitol on Jan. 6.

Democratic leaders in the Arizona Legislature asked federal authorities to investigate several lawmakers from the state over alleged connections to the siege.

The letter, sent Jan. 13, cites reports that Biggs and Gosar helped pro-Trump activist Ali Alexander, along with Alabama Rep. Mo Brooks, organize the rally that lead up to the attack on the Capitol. Biggs’ staff denied the claim.

According to the poll, 50% of voters surveyed were aware about the allegations of Biggs’ involvement, with awareness being the highest among Democrats in the district. 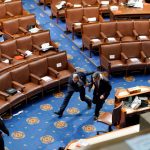 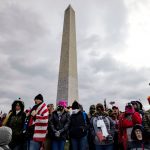