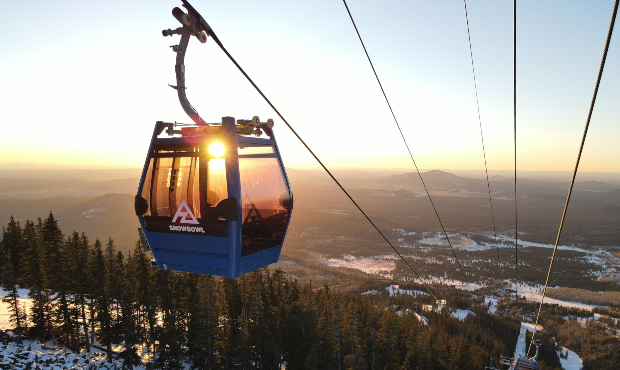 PHOENIX – Traveling up the mountain at Arizona Snowbowl will be a little quicker starting Saturday, when the resort officially flips the switch on its high-speed chairlift.

Ribbon-cutting for the gondola is set for 9 a.m. at the snow park near Flagstaff.

The Arizona Gondola replaces the Agassiz chairlift and joins the Grand Canyon Express as the site’s large-capacity people movers.

Park operators said the name change reflected rebranding efforts to expand its tourist base beyond the region.

“As 2020 has been a year of change, our team feels the timing of the name change is perfect with the addition of the new lift,” J.R. Murray, an executive for Snowbowl’s managing company, said in a press release Friday.

Resort staff said the gondola will take riders 2,000 feet up in just seven minutes, about half the time as the Agassiz lift.

The gondola features cabins for eight people, along with a pair of six-person chairs. The resort said there were only five other similar lifts in the country. Jace Hyduchak was like most other kids in his kindergarten class: He loved to play basketball, dress up like his favorite superheroes and jump as high as his pint-sized body would take him on his backyard trampoline.
Close
Arizona Snowbowl marks milestone with launch of gondola Saturday