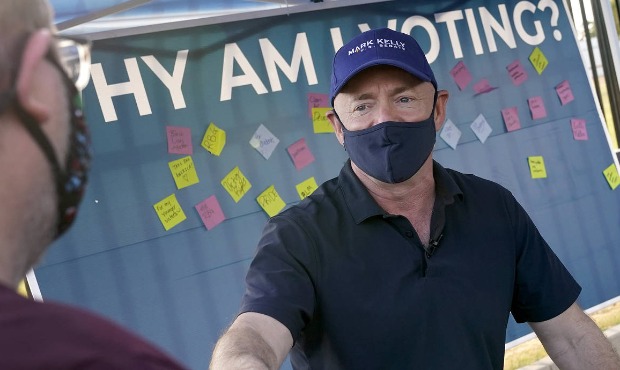 Kelly named Sharon Harper, a board member of the McCain Institute and CEO of Plaza Companies, and Luis Heredia, executive director of the Arizona Education Association, as co-chairs of the team.

“As I prepare for the work of representing all Arizonans in the U.S. Senate, I want Arizonans to know that I am committed to being a senator who will work to get things done and be an independent voice for them in Washington on day one,” Kelly said in a press release.

Other members of the team have backgrounds in business, education, public health, labor and other areas pertinent to Arizona.

The transition team will regularly advise Kelly and reach out to members of the Arizona community, mostly through the first 100 days of his term.

Kelly, a Democrat, is set to replace the Republican McSally in the U.S. Senate after defeating her in last week’s election.

McSally has yet to concede, but The Associated Press and other outlets have called the race in favor of Kelly.

Kelly will join fellow Democrat Kyrsten Sinema, who defeated McSally in 2018, in the Senate from Arizona.

“This team of community leaders, Republicans and Democrats, will help ensure we are successful in this next mission, serving and getting results for Arizonans,” Kelly said.

Here are the other members of the transition team: