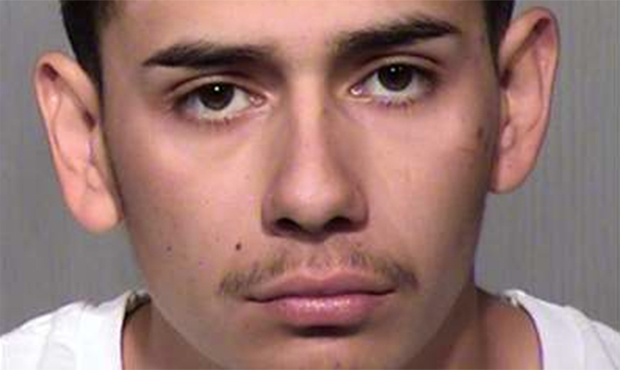 PHOENIX — A suspect in an apparent road rage shooting that left a 10-year-old girl dead and her father seriously injured was arrested, authorities announced Friday.

Joshua Gonzalez, 20, was arrested on Thursday in connection to the murder of 10-year-old Summer Brown.

Gonzalez was booked into jail on one count of first-degree murder and three counts of aggravated assault.

Summer, who was initially identified as Summerbell, was shot Wednesday in the family’s driveway while she, her father, mother and sister sat in their car.

Her mother and sister were not injured. Her father since been released from the hospital.

They had just pulled into their driveway near 39th Avenue and Roosevelt Street and had been followed home by a man in a large white pickup truck.

Police have said the events leading up to the killing started after the suspect believed the family’s car had cut him off in traffic.

Sgt. Vince Lewis with the Phoenix Police Department said a tip led officers to the vehicle that was linked to the shooting at a home near 59th Avenue and Indian School Road.

Lewis said a search warrant on the house uncovered a handgun in the garage, which was linked to the murder through forensic evidence. Gonzalez also allegedly attempted to change his vehicle’s appearance after the shooting.

Police Chief Jeri Williams and Phoenix Mayor Kate Gallego in a Friday press conference expressed their thanks to the community for the tip.

“We could not have done this without the support of our community members,” Williams said. “It truly takes a team effort to make this happen.”

“It is a tragic loss. Our hearts go out to (Summer’s) family,” Gallego said.

ABC15’s John Genovese reported authorities had been at the home where Gonzalez’s car was found since late Thursday, hours after Summer died.

Police video showed a four-door Ford F-150 leaving the area, which matched what witnesses had told them.

“It’s possible that this was a road rage that started earlier in the area prior to the victim’s family arriving at home,” Lewis told KTAR News 92.3 FM after the shooting.

Summer’s parents, Taniesha and Dharquintium Brown, told The Associated Press on Friday they are thankful police have made an arrest.

They also said nothing will bring back their daughter, and Taniesha Brown says she will never heal from her pain.