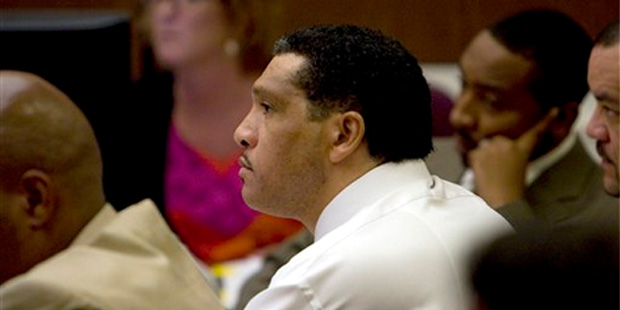 PHOENIX — Phoenix police said they have identified another victim of the serial killer known as the Baseline Killer after more than a decade.

A recently tested rape kit contained DNA that linked convicted killer Mark Goudeau to a 30-year-old sexual assault case. Goudeau is on death row for nine murders and 15 sexual assaults that occurred from 2005 to 2006.

“A cold case detective came across this old case, was able to submit DNA, and that DNA has linked Mark Goudeau to this sexual assault from over 30 years ago,” Phoenix Police Department Sgt. Jonathan Howard said.

In 1985, Goudeau held a 22-year-old woman at gunpoint and ordered her to drive him to a different location where he raped her, police said. The woman reported the assault, but her rape kit remained untested until recently.

“The technology didn’t really exist in 1985,” Howard said. “Even in the last 10 years since the Baseline Killings, the technology has advanced so much.”

However, police said they cannot charge Goudeau for the assault because the statute of limitations for a rape case at the time of the assault was only five years.

Howard said the department reached out the woman, who has since moved out of the state, to let her know that Goudeau is in jail, hoping to give her some closure.

“She was surprised. She recalls the incident well. She was very pleased. She was happy. I think she was probably shocked. Hopefully, after she had time to process she says, ‘Hey, the Phoenix Police Department didn’t forget about me,'” said Howard.

Jace Hyduchak was like most other kids in his kindergarten class: He loved to play basketball, dress up like his favorite superheroes and jump as high as his pint-sized body would take him on his backyard trampoline.
Close
Ten years after sentencing, Phoenix police link another rape case to Baseline Killer