Hobbs calls on Brnovich to investigate election interference in Arizona 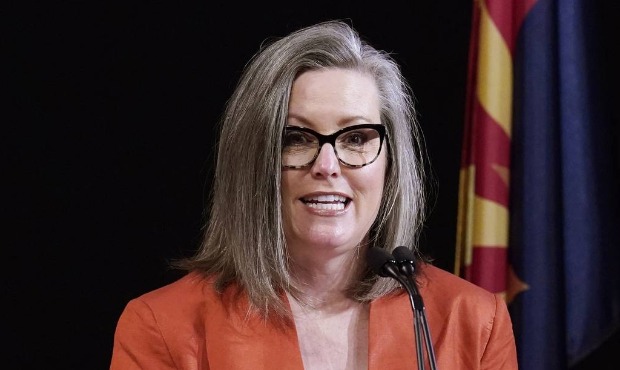 Hobbs, a Democrat, sent a letter asking Brnovich, a Republican, to look into the matter after the Arizona Republic on Friday published text messages and voicemails obtained through public information requests that showed Maricopa County supervisors being asked to question the election results.

“I urge you to take action not only to seek justice in this instance, but to prevent future attempts to interfere with the integrity of our elections,” Hobbs wrote in the letter.

The messages show that Kelli Ward, chair of the Arizona GOP, tried to convince Republicans on the board to question the election results. At one point, she texted the board’s Clint Hickman, “We need you to stop the counting.”

In addition to Ward’s contact, Hickman said he thinks that Rudy Giuliani, Trump’s personal attorney, called all of the Republican supervisors, all while the county was engaged in multiple lawsuits related to the election.

“A number of these attempted contacts were successful and involve clear efforts to induce supervisors to refuse to comply with their duties.”

On Nov. 13, when it had become clear that Democrat Joe Biden would win Arizona’s 11 electoral votes, Ward told Hickman to expect a call from Trump.

Hickman said Tuesday he received two calls from the White House switchboard that he didn’t answer, on New Year’s Eve and Jan. 3.

Hickman and the board continued to defend the vote count in Maricopa County and have maintained the outcome was not affected by fraud or irregularities. Multiple lawsuits pushing unproven allegations have been thrown out of court.

And even though the board authorized two independent audits, going beyond what was required under state law, that found no problems with the election, Republican leaders of the state Senate took the county to court to win access to voting equipment and the nearly 2.1 million ballots cast in November.

The Senate hired Cyber Ninjas and other contractors to conduct what’s become a divisive audit starting in April, and the results are expected in late July or early August. Maricopa County officials have questioned the auditors’ competence, methods and intentions.

Hobbs has also been a vocal opponent of the Senate’s audit.