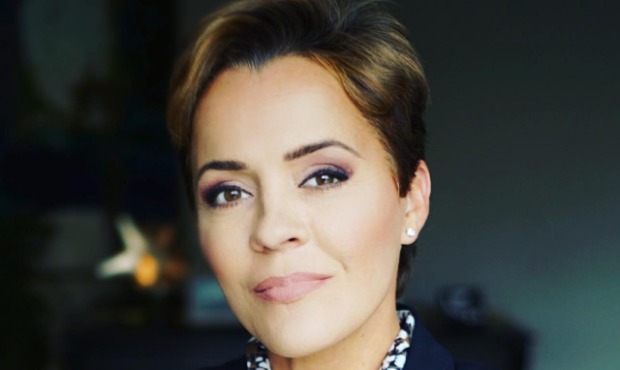 PHOENIX — A Valley political consultant believes former TV anchor Kari Lake has all the tools to be a leading candidate for Arizona governor in 2022 as long as she’s able to fundraise at a high level.

“The question will be can she raise the resources to tell her story? But she is a formidable, top-tier candidate,” Stan Barnes told KTAR News 92.3 FM’s Arizona’s Morning News on Wednesday.

Lake, who left Fox 10 in March after 22 years at the station, announced her run for governor on Tuesday.

She joins a crowded Republican side that so far has state Treasurer Kimberly Yee and Secretary of the Arizona Board of Regents Karrin Taylor Robson.

“The Republican voter who shows up in the primary, I believe, is going to reward that level of authenticity by her,” Barnes said. “Not to mention it’s kind of a put your money where your mouth is proof of point.”

Lake has publicly embraced conservative ideals, retweeting the account of the Arizona Senate’s unprecedented audit of former President Donald Trump’s loss in Arizona and other border states and tweeting about the lack of border security and mask mandates.

Lake’s campaign website describes her as a candidate who “stands as a symbol of truth in journalism and represents the growing ranks of journalists who have walked away from the mainstream media market peddling fake news.”

In her resignation video released in March, Lake said she left the journalism industry because “I don’t like the direction it is going. …I’m sure there are other journalists out there who feel the same way.”

“I bet any other challenger for governor — in the Republican primary for sure — would love to have what she has,” Barnes said. “Which is positive recognition not to mention a great style.”

If Lake were to win the Republican nomination, Barnes said she would likely go up against Democrat Katie Hobbs.

Candidates are seeking to replace Republican Gov. Doug Ducey, who can’t run for the position in 2022 because of term limits.

“This is an amazing turn of events and not to be dismissed,” Barnes said. “If you’re running for statewide office, you want name identification and a built-in trust relationship with a broad spectrum of voters. Kari Lake brings that to the table.”

As the weather cools and football season kicks off, it’s a great time to fire up the grill and enjoy your favorite outdoor meals.
Close
Valley political consultant says Kari Lake is ‘top-tier’ candidate for governor