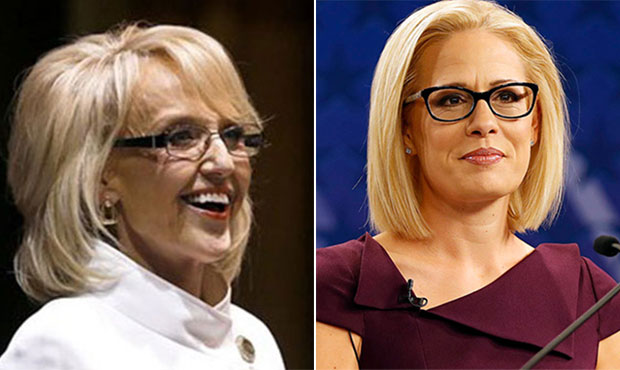 “This is really hard for me to say but she has been moderate and she has stood up for Arizona,” Brewer told Gaydos & Chad on Wednesday. “It is absolutely refreshing that she is looking at things and making what I believe are reasonable decisions.”

Sinema has said she is against a raise to the federal minimum wage being part of the next COVID-19 relief package and is one of six other moderate Democrats and seven Republicans to sign an amendment barring “upper-income taxpayers” from being eligible to receive stimulus checks.

She is also drawing displeasure from progressives for refusing to support eliminating the 60-vote threshold for approving most legislation.

This, along with the flipped senate seats from Georgia, gave President Joe Biden and Democrats control of both chambers of Congress through a split Senate with Vice President Kamala Harris serving as the tie-breaker.

“She is powerful because of the numbers they are dealing with there,” Brewer noted.

“It’s not easy sometimes to walk down the middle of the road, you get hit from both sides.”

Brewer said the more-moderate Sinema is different than what she saw when they both served at the state Capitol in Phoenix from 2009 to 2012, Sinema at that time a member of the Arizona House of Representatives and later the state senate.

“This girl changed tremendously if this continues,” Brewer said. “This is not the person that we all knew when she was in the Arizona Legislature, I guarantee that.”

During that time, suffice to say the Republican Brewer and Democrat Sinema didn’t see eye-to-eye.

“She was crazy, with all due respect,” Brewer laughed.

Yet Brewer said it’s been a great relief that Sinema may actually be a moderate.

“I’ll give her credit, she said she was going to be a moderate,” Brewer said. “I didn’t believe her.”

Does your summer electric bill make you groan? Are you looking for effective ways to reduce your bill?
Close
Former Arizona Gov. Brewer praises Sen. Sinema for moderate stance