Maricopa County to enter Phase 1B of coronavirus vaccinations next week 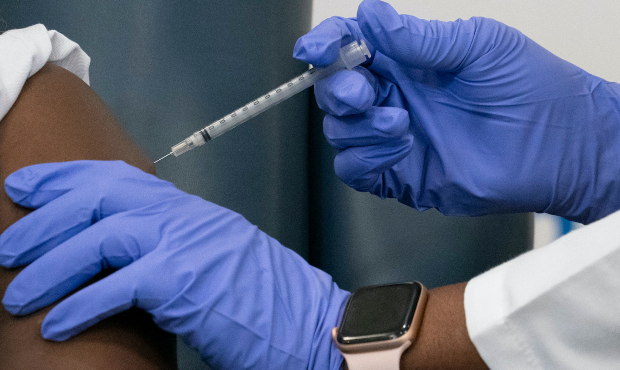 PHOENIX – Maricopa County is moving to the next phase of COVID-19 vaccinations next week, expanding access to teachers, police and elderly people.

Scheduling for phase 1B prioritized individuals in metro Phoenix will open up Monday through the county’s registration system, according to the Maricopa County Public Health website.

The prioritized portion of 1B consists of K-12 school staff and childcare workers, law enforcement and protective services personnel and people age 75 and older.

The rest of phase 1B, which consists of adults living in congregate settings and certain essential workers — will be next up after the prioritized groups.

At first, the next phase of shots will be given at the county’s point of distribution sites that aren’t already fully booked with phase 1A people getting their second doses of the vaccine.

The number of available appointments will be limited because of vaccine scarcity. More slots and locations will be opened when more doses become available.

People in phase 1A who haven’t been vaccinated will still be able to register during the next phase but will no longer have priority status.

On Wednesday morning, Maricopa County reported having administered 62,068 doses to individuals in phase 1A of the distribution plan.

Two Arizona counties, Gila and Pinal, are already in phase 1B.

Yuma County has announced that it will move into 1B on Monday, while Pima County said it was aiming for the end of next week.

Arizona’s vaccine distribution began Dec. 16. Through Tuesday, the state had administered 119,653 doses, according to the Arizona Department of Health Services.

With millions of people prioritized for phases 1A, 1B and 1C, state officials have said they don’t expect vaccines to be available to the general public until March or April.

Fifty percent of Americans and 90% of people at least 50 years old have some level of degenerative disc disease.
Close
Maricopa County to enter Phase 1B of coronavirus vaccinations next week