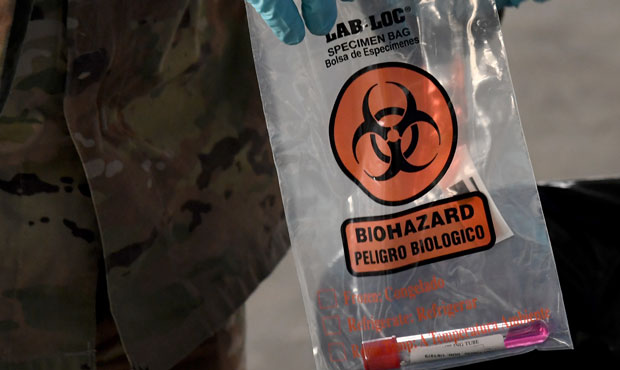 PHOENIX – Over half of Arizona’s counties are now classified as having substantial spread of coronavirus as determined by the state health department’s COVID-19 dashboards for businesses and schools.

However, state officials have resisted closing businesses or imposing further capacity restrictions in the now eight counties with substantial spread.

The schools benchmarks were designed as guidance for public K-12 districts and charters in their decisions about opening levels. Districts, however, have the final say in whether they offer virtual, hybrid or traditional learning formats.

@AZDHS benchmarks now recommend distance learning for 8 counties. This will get worse before it gets better. It's crucial that more mitigation strategies are enacted & enforced so schools across AZ can offer safe in-person learning after winter break. https://t.co/bNKLS2mKJN

Those businesses couldn’t reopen until the spread of COVID-19 in their counties was in the moderate or minimal range in all three of the dashboard metrics for at least the two most recent weeks of data.

But as counties went back into substantial spread in all three metrics, the state has not imposed additional restrictions on businesses.

“Most businesses have done an excellent job of following the mitigation requirements, and there are no plans at this time to shut down businesses covered by the executive order,” Steve Elliott, the state health department’s communications director, told KTAR News 92.3 FM in an email last week after the first three counties went back into substantial status.

“We continue to urge Arizonans to focus on taking precautions at small private gatherings. Too often, people who follow mitigation requirements at businesses and elsewhere are letting down their guard when they are around people they know and trust, such as wearing masks and maintaining physical distance.”

Dr. Cara Christ, Arizona Department of Health Services director, told KTAR News 92.3 FM’s The Mike Broomhead Show on Thursday that businesses haven’t been a major contributor to the ongoing spike in cases. She said a recent study from New York showed that about three-quarters of transmission occurs inside homes.

“Our data is showing that only 14% of people are indicating that [being] out in public or large groups is where they think they’ve gotten it,” she said.

The dashboards are updated once a week with data at least 12 days old to account for lags in reporting, ensuring that assessments are based on accurate statistics. The latest update covers the weeks starting Nov. 22 and 29 (through Dec. 5).

The dashboards are based on benchmarks in three metrics that gauge how widespread the disease is in each county. County status doesn’t change until all three metrics hit a new stage for at least two consecutive weeks.

Every county has been in the substantial range for at least two weeks in two metrics: cases per 100,000 residents and percent positivity for COVID-19 diagnostic testing.

But the metric for hospital visits for COVID-like illnesses in the region had kept all counties in the moderate status until last week.

That metric is based on regions – clusters of counties in the western, southeastern, central and northern parts of the state – which is why statuses have been changing in bunches.

All seven counties that are still classified as moderate are in range of hitting substantial status next week because their regions entered the substantial range for the most recent week of data in the hospital visits for COVID-like illnesses metric.

Every 40 seconds—that’s how often someone has a stroke in the United States. It’s the fifth leading cause of death among Americans, with someone dying of a stroke every 3.5 minutes.
Close
COVID dashboards show over half of Arizona’s counties in substantial status