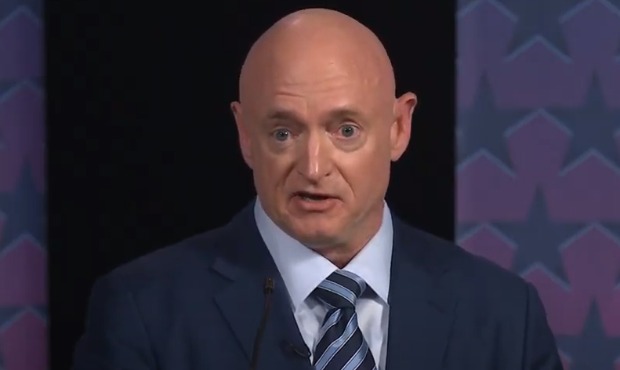 PHOENIX — Democratic Senate candidate Mark Kelly made a final pitch for his bipartisan campaign and how it differs from Joe Biden’s presidential platform on Monday.

“I’ve been talking about these issues for a year-and-a-half and there are major issues that I differ with many Democrats in the party and where I often agree with Republicans,” Kelly said. “So I value independence.

Kelly also pointed to border security as the main area where he disagrees with Biden and prescription drug costs and infrastructure spending as the areas where he agrees with President Donald Trump.

“I think it’s incredibly important to our state that we have strong border security,” Kelly said. “I wouldn’t do it the same way that President Trump has with a 17th century solution. I would put different forms of technology in different places and more border patrol agents on the border.”

Kelly said he supports Trump’s push to upgrade roads, bridges, the electrical grid and rural broadband, especially given the effect of the current coronavirus pandemic.

The former astronaut said he is not worried about the advantage Republicans have had over Democrats when it comes to early voting to-date.

He also argued that we need to be patient come election night, given the unprecedented turnout in this year’s election and the volume of mail-in ballots delivered in states like Arizona.

“We might see over 3 million Arizonans vote in this election and when some of the votes come in late it takes some time and no candidate should be declaring victory,” Kelly said. “It’s up to county recorders and secretaries of states and the voters to decide who wins these elections. So I think folks just need to be patient.”

Kelly stressed that he’s not worried about polls showing his lead within the margin of error against McSally.

“I think the only polls that matter are when the people go to the polls [Tuesday], and when they count the votes and that might be done [election night], it might take a couple of days,” Kelly said. “I feel pretty good.”

Kelly said he is not worried about the advantage Republicans have had over Democrats when it comes to early voting to-date.

“And what I’m hearing from Republicans, as I often hear from Democrats is they value independents and they want the partisanship and the polarization to stop and they want somebody that’s willing to work across the aisle to get things done and I’m committed to doing that.”

Kelly’s pitch to undecided independent and Republican voters centered around the common ground he shares with members of both political parties.

“I think if folks want somebody who is not beholden to a political party or a big corporation, I ask those folks for their vote,” Kelly said.

Picking which streaming services to subscribe to are difficult choices, and there is no room for internet that cannot handle increased demands.
Close
Democrat Mark Kelly stresses differences between him, Joe Biden