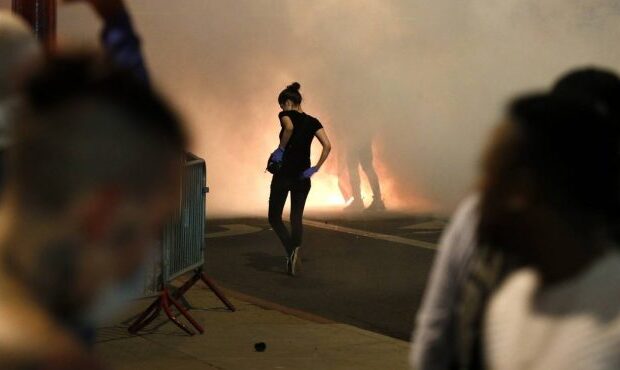 PHOENIX – Maricopa County Attorney Allister Adel said Tuesday that if police copied and pasted protester arrest information from one statement to another it likely was for the sake of efficiency and nothing else.

According to a news report, protesters who had been taken into custody during last weekend’s George Floyd demonstrations in Phoenix were released after Maricopa County Superior Court commissioners took issue with their probable cause statements.

“I have looked at some of the probable cause statements,” Adel told KTAR News 92.3 FM’s Arizona’s Morning News. “There were so many people booked and a lot of them for the same charges of rioting, so the facts would have been very, very similar.

“[Copy-and-paste wouldn’t have been], necessarily in a nefarious way but more of an efficient way,” she said. “I can’t speak for the police, … but again, there were so many people that were booked.”

ABC15 reported Monday that the attorneys representing some of the dozens of defendants said the statements didn’t include names or specifics about why they were arrested.

“We’ve had a lot of frustration and concern in our community at the wrongdoing,” Adel said. “People’s right to protest peacefully is out there … we just have some vandalizing, burglarizing, they’re assaulting police officers, local business.

“That part will not be tolerated.”

Protesters and police clashed in downtown Phoenix over the weekend. Demonstrators hurled rocks and bottles and did damage to police headquarters and the Arizona State Capitol. It’s easy to ignore your heater and air conditioner when they’re working but the moment something breaks, you will likely regret not keeping up with maintenance. After all, if something goes wrong, you may be stuck with a repair that will take longer and be more expensive than simple maintenance.
Close
Prosecutor says Phoenix police protest paperwork issues weren’t ‘nefarious’