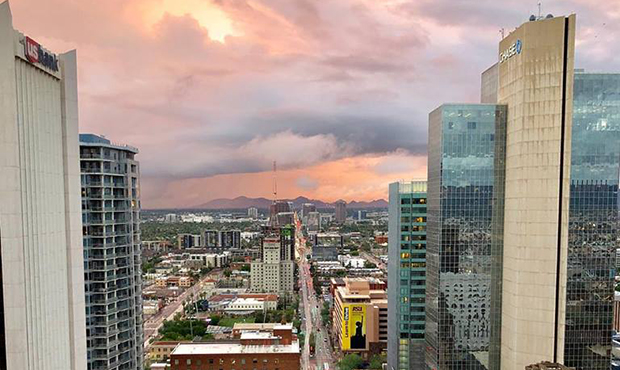 PHOENIX — It seems there is good reason so many people are flocking to the Valley, according to at least one tourism website.

Best Cities ranked Phoenix as the No. 49 best city in the world and the No. 18 best large city in the United States in its annual list.

The website applauded Phoenix as a “thriving desert metropolis” with a number of appealing dining, entertainment and outdoor options.

“Phoenix offers some of the best Mexican food this side of the border, a number of fine museums, a vibrant artist community and 300 days of sunshine,” the ranking said of the Valley.

Best Cities used six categories — place, product, programming, people, prosperity and promotion — that were broken down into several subcategories to rank the cities.

Phoenix’s highlights included being ranked No. 11 in the world in both weather and attractions. The city was also ranked No. 4 for weather when it came to just big U.S. cities.

Specific Valley spots were also mentioned as some of the best in town, such as the Roosevelt Row Arts District, the Desert Botanical Garden and Camelback Mountain.

Phoenix rose in the world ranking from the year prior, when it came it at No. 76.

London was ranked as the world’s best city and New York as the country’s best city.

So, your little one starts kindergarten soon. How exciting! You still have a few months before the school year starts, so now’s the time to make sure students-to-be have the vaccines needed to stay safe as they head into a new chapter of life.
Close
Ranking says Phoenix is a top 50 city in the world, top 20 large city in the US