Arizona teacher shortage continues; about a quarter of positions unfilled 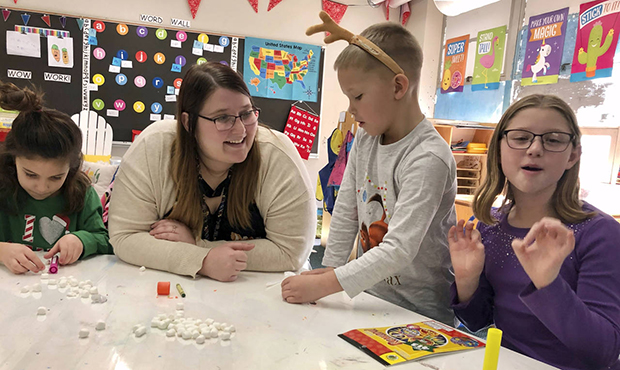 PHOENIX — Arizona still has almost a quarter of its teaching positions unfilled as of December, a total of more than 7,500 openings, according to a survey released last week.

“There’s approximately 24% of positions still vacant in the state from the (209) districts that responded to the survey,” Patti Tussey, president of the Arizona School Personnel Administrators Association, told KTAR News 92.3 FM on Friday.

The organization surveys school districts and charter schools in the state every August and December.

“We’re just not seeing a change in the shortage issue. It hasn’t gotten better,” Tussey said. “We’re not attracting people to the profession.”

The survey also found that more than half of positions that are filled are taken by people who do not meet standard teacher requirements.

Tussey said the shortage will only continue to grow as more and more teachers retire.

This means the state needs to increase funding, she said, which should go to raising salaries, lowering class sizes and hiring more support staff, including social workers and counselors.

“We need to increase the pipeline,” she said. “We need to see an increase of students being interested in becoming teachers, enrolling in universities for college of education programs.”

If you haven’t received a COVID-19 vaccine yet, now’s the time to join many other of your fellow Arizonans who are doing so right now. No one will criticize you; there is no shame. In fact, you’ll be welcomed with smiles and open arms!
Close
Arizona teacher shortage continues; about a quarter of positions unfilled