PHOENIX — A staple of downtown Phoenix is closing its doors next year after almost 25 years of business.

Hard Rock Cafe will close at the end its lease in February, the company said in a statement to ABC15.

The rock and roll-themed restaurant, located in the Collier Center near Second and Jefferson streets, opened in October 1995.

“Since opening the doors of Hard Rock Cafe Phoenix in 1995, Hard Rock International has enjoyed serving this dynamic community and playing a role in the city’s dining culture,” the restaurant said in the statement.

No other information about the restaurant’s closing was immediately available. 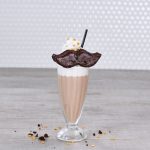 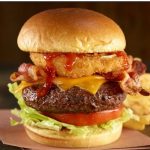 Jace Hyduchak was like most other kids in his kindergarten class: He loved to play basketball, dress up like his favorite superheroes and jump as high as his pint-sized body would take him on his backyard trampoline.
Close
Hard Rock Cafe in downtown Phoenix to close after almost 25 years