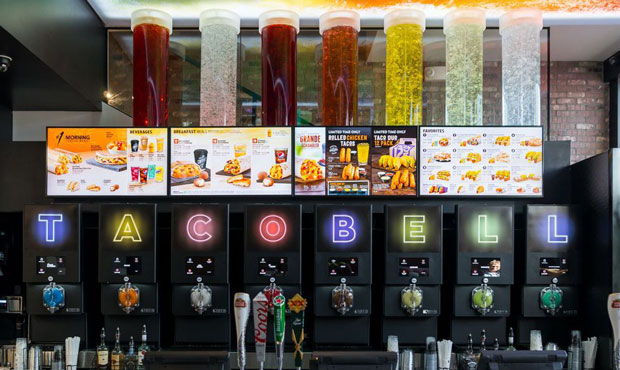 PHOENIX – Out with the old Mexican restaurant, in with the newfangled.

Taco Bell is bringing its trendy, alcohol-serving Cantina concept to Tempe’s Mill Avenue in the space formerly occupied by the venerable Restaurant Mexico.

The Valley’s second Taco Bell Cantina is scheduled to open by the end of the year, although no date has been confirmed, Taco Bell Corp. told KTAR News 92.3 FM in an email this week.

The area’s first Taco Bell Cantina opened in downtown Phoenix at the end of 2018.

The fast-food chain debuted the alternative concept in 2015 in Chicago and has been steadily opening more.

The company email said the Cantinas are designed to be hangout spots in areas not accessible by drive-thru.

The restaurants serve items found at traditional Taco Bells plus a selection of shareable items, frozen margarita-style drinks and other alcoholic beverages.

“The drink offerings certainly complement the experience, but we want to make sure these Cantinas blend in with the local aesthetic and you feel like you’re in your favorite neighborhood restaurant,” the email said.

Restaurant Mexico, a longtime Tempe staple, closed its doors last month. It was at the 423 S. Mill Ave. location for more than a decade and had inhabited several locations since debuting in the 1970s. Instead of waiting for a problem to happen, experts suggest getting a head start on your plumbing maintenance.
Close
Taco Bell Cantina to open on Mill Avenue in Tempe by end of year