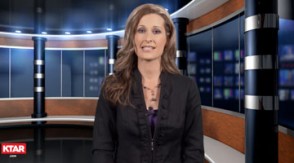 Legally Speaking: Homeowner who killed teens in ‘self defense’ convicted of murder

This week on Legally Speaking, I discuss the unbelievable case of the homeowner who shot and killed two teenagers and then claimed self defense. Byron Smith was on trial for first degree murder and according to the prosecution, he baited two teenagers to break into his home so he could execute them.

Smith argued he had every right to wait for the “vermin” to break in and then shoot them until they were dead, even if they were no longer a threat. There are a couple of strange twists to this case that make you stop and question whether a homeowner should be allowed to shoot to and kill.

Arizona recognizes what is often referred to as the Castle Doctrine; however, there is still a line that cannot be crossed and that line is called “reasonable.”

Was he acting reasonable or is he a cold blooded killer?

Note: On Tuesday morning the jury deliberated for three hours and convicted him of premeditated murder.