Fans of the Arizona Diamondbacks can look forward to an amazing season, whether watching the games in person or at home with CenturyLink Prism TV. The regular season is just around the corner, so batter up.

Paul Goldschmidt is an MVP candidate in the Baseball Writers’ Association of America player awards, predicts Cliff Corcoran for si.com. The first baseman has the ability to hit homers and drive in runs, and he has also been recognized for his defensive play.

“Goldschmidt has finished second in the MVP voting in each of his last two healthy seasons … Look for the Diamondbacks to crawl back above .500 in 2016 with the 28-year-old Goldschmidt leading the way and receiving MVP honors for his efforts,” Corcoran writes.

Arizona Diamondbacks fans are the best, and the organization knows fans make the game what it is. It caters to them by, for example, asking for feedback on uniforms or offering an affordable game experience in everything from ticket price to drink cost. One example of love came when team president and CEO Derrick Hall took part in a social media gathering in 2011 at the park, despite dealing with a recent cancer diagnosis that was announced the next day.

“Being accessible and transparent is fundamental to his management style,” Steve Henson writes for Yahoo Sports. “He listens to every complaint, every congratulations. After games, he spends hours replying to emails from fans. His guiding principle in dealing with employees, and for employees dealing with fans, is the acronym FAWTSY: Find a Way to Say Yes.”

Through half of spring training, the team was hitting around .315, which led the National League. The ability to score runs could be telling sign for an exciting season.

Arizona Sports’ Paul Calvisi is excited and ready for the games to begin.

“Based on how the dudes in Sedona Red have torn up the Cactus League, it looks like the ‘D’ in D-backs will stand for — “Don’t miss a pitch this season…” Otherwise, that’s the pitch that might end up in the pool.”

Evan Marshall’s accident in 2015 caused fans’ hearts to jump into their throats, and the pitcher’s recovery is nothing short of breathtaking. Although his recent season was less than many may have hoped for, he is ready to play and has the chance to make a difference this year.

While this season has potential, so does the future. The team is known for its unique brand of decision-making when it comes to choosing players and making trades, and that alone makes for innings worth watching. In fact, Arizona’s chief baseball officer Tony La Russa points out to Fox Sports that the next few seasons could be locked.

“The D-backs are not simply built to win now — all of their principal players, with the exceptions of closer Brad Ziegler (free agent after ‘16) and setup man Tyler Clippard (after ’17), are under control for at least the next three seasons,” Ken Rosenthal writes for foxsports.com.

Don’t miss a moment of Diamondbacks action this season by taking advantage of CenturyLink Prism TV that lets you take control of your entertainment wherever you go. This article is Sponsored by CenturyLink.   It’s spring, and that also means it’s baseball season. For those who love America’s pastime, few things are as inspiring as a great baseball movie. Throughout the years, there have been many baseball classics including, comedies, dramas and biographies. Here is a list of some of the best baseball movies […] Tips to make watching TV on the patio even better

This article is Sponsored by CenturyLink. For Arizona residents who love the outdoors, spring is the perfect season. The summer’s triple-digit days have yet to arrive, so it’s a great time to enjoy beautiful weather from an outdoor patio living area. Outdoor patio spaces allow homeowners to bring indoor activities outside, like cooking, lounging and […] 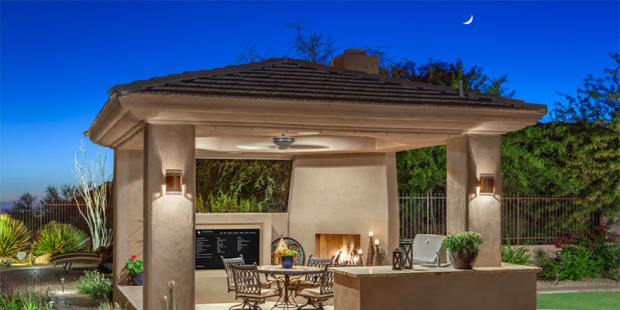 Best tips for watching TV outside

This article is Sponsored by CenturyLink. “How ‘bout this weather, eh? Seventy-plus degrees and zero complaints. As much as I can, I try to exist outdoors – including watching my favorite teams and shows. Yes, watching Prism TV on the patio is one of the great advantages of making the switch to CenturyLink. Before Prism, I […]