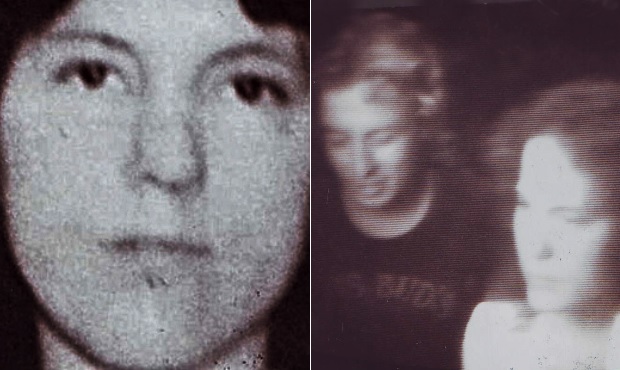 Roestenberg said someone walking to work found the body of a woman in a dirt alley on the south side of Trevor Browne High School near 75th Avenue and Thomas Road.  It was 7 a.m. on March 22, 1985.

“Her name was Debra Faye Asbury,” Roestenberg said. “Ms. Asbury was strangled, stabbed and a piece of barbed wire was looped around her neck.”

The 27-year-old was last seen the night before, either at Boomerang Bar or Mr. Lucky’s. Witnesses saw her leave one of the bars with two younger men.

Their vehicle was pretty distinctive: A 1960s step-side pickup truck. It was faded red with primer spots.

Days earlier, Asbury was seen on an ATM camera withdrawing money at a bank. A man in his early 20s with blonde, wavy hair was standing beside her.

Police don’t know if he was involved in her death but they do want to talk to him. Even decades later, it’s possible someone will recognize him.

Roestenberg spoke to a close friend of Asbury who described her as a good person — free-spirited, fun-loving and enjoying being single.

“We’re hoping somebody recognizes the person in the picture or recognizes the description of the truck and calls police,” Roestenberg said. “We want to close the case. We owe that to [Asbury].”

While there are a variety of ways to prevent clogged drains, it's equally as important to know what to do when you're already too late.
Close
Phoenix police searching for suspects in woman’s brutal 1985 murder