US blocks flights by Chinese airlines in escalating dispute

WASHINGTON (AP) — The United States moved Friday to block 44 flights to the U.S. by Chinese airlines in retaliation for China forcing the cancellation of flights by U.S. airlines.

The Transportation Department order affecting four Chinese airlines is the latest development in a long-running dispute over COVID-19 restrictions.

China previously barred some inbound flights by Delta Air Lines, United Airlines and American Airlines after passengers on earlier flights tested positive for the virus. The U.S. maintains that China’s actions violated a treaty over access to each country by the other country’s airlines.

The Transportation Department said that China’s move to block 44 flights by U.S. carriers was “adverse to the public interest and warrant proportionate remedial action by the department.”

The department said that China’s regulations are unfair because passengers who test negative for the virus before their flight but positive up to seven days later can result in future flights being canceled.

The dispute over flights goes back to 2020 and the early days of the pandemic. In 2020, the Trump administration backed down from a threat to block four Chinese airlines after China agreed to let United and Delta operate a limited number of flights.

The spat flared again in August 2021, when the U.S. Transportation Department limited the number of passengers on some Chinese flights to the U.S. after China imposed similar limits on United. In December, Delta blamed new Chinese restrictions when a plane bound for Shanghai returned to Seattle.

Some New Mexico wildfire evacuees worry about their future

MORA, N.M. (AP) — As more than 2,700 firefighters in northern New Mexico continued to battle the nation’s largest active wildfire on Sunday, many evacuees were growing concerned about their future after weeks away from home The biggest fire in the state’s recorded history has been burning for six weeks now, and some of the […] Average US gasoline price jumps 33 cents to $4.71 per gallon

CAMARILLO, Calif. (AP) — The average U.S. price of regular-grade gasoline spiked 33 cents over the past two weeks to $4.71 per gallon. Industry analyst Trilby Lundberg of the Lundberg Survey said Sunday that the price jump comes amid higher crude oil costs and tight gasoline supplies. The average price at the pump is $1.61 […]

NEW YORK (AP) — A man opened fire on a moving New York subway train Sunday, striking another man in the chest, police said. The suspect is at large. The shooting came shortly before noon on a Q train in Manhattan just before arrival at the Canal Street station, WNBC-TV reported. Police were searching for […] 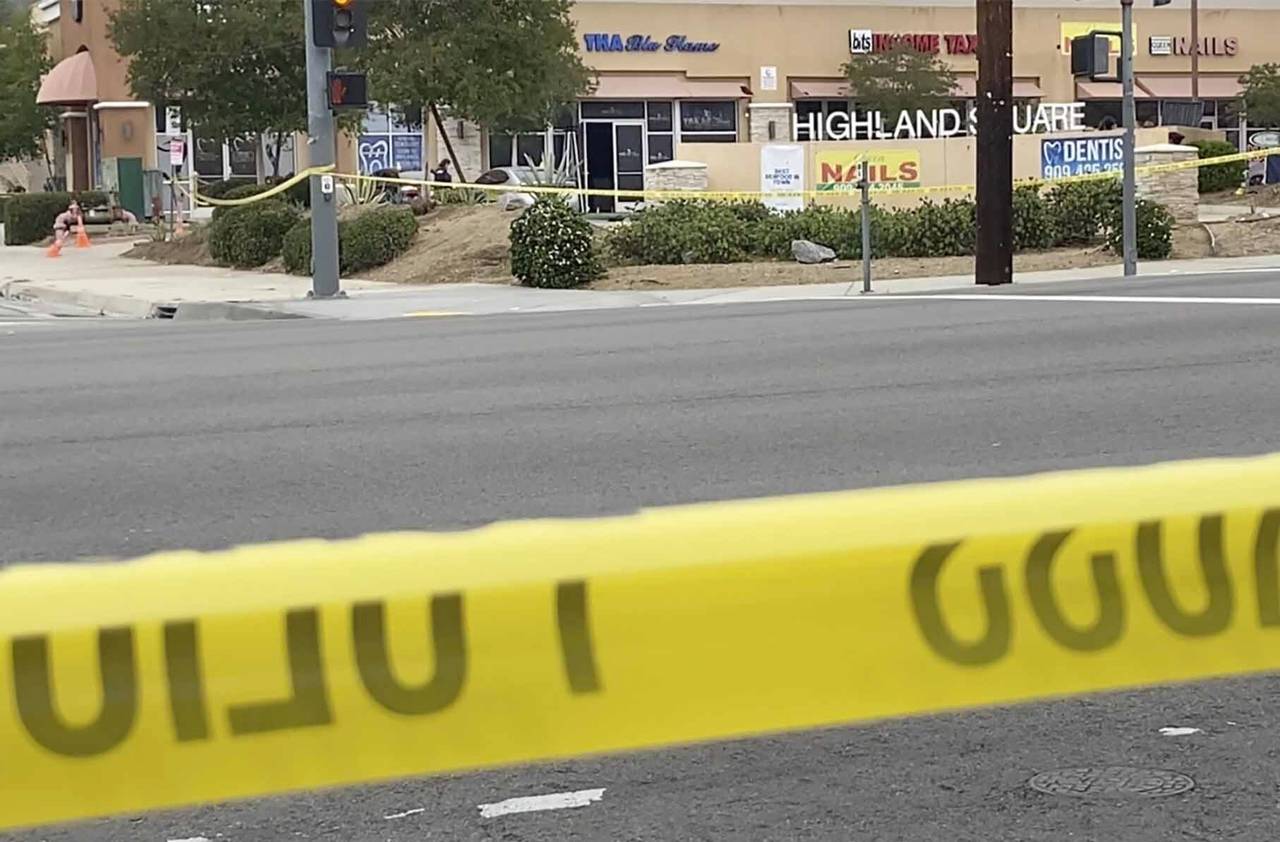 SAN BERNARDINO, Calif. (AP) — Police on Sunday were investigating after one man was killed and eight people were wounded in a weekend shooting at a party that drew about 100 people to a Southern California hookah lounge. San Bernardino police officers dispatched late Friday found a man shot in the parking lot outside the […] LANCASTER, Pa. (AP) — Pennsylvania Lt. Gov. John Fetterman, the Democratic nominee in the state’s high-profile U.S. Senate contest, has been released from the hospital after a stay of more than a week following a stroke, his wife and his campaign said Sunday. “João is headed home — time to rest and recover (and annoy […] WHO chief: The COVID pandemic is ‘most certainly not over’

BERLIN (AP) — The COVID-19 pandemic is “most certainly not over,” the head of the World Health Organization warned Sunday, despite a decline in reported cases since the peak of the omicron wave. He told governments that “we lower our guard at our peril.” The U.N. health agency’s director-general, Tedros Adhanom Ghebreyesus, told officials gathered […]

If you haven’t received a COVID-19 vaccine yet, now’s the time to join many other of your fellow Arizonans who are doing so right now. No one will criticize you; there is no shame. In fact, you’ll be welcomed with smiles and open arms!
Close
US blocks flights by Chinese airlines in escalating dispute