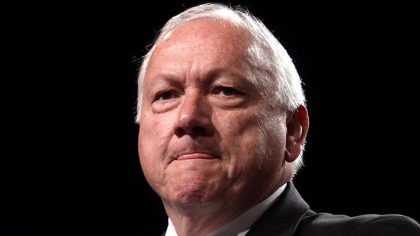 Russell Pearce was the only sitting Senate president in any state ever to be recalled from office. He was also the moving force behind SB1070 and a host of other anti-immigrant bills in the Arizona Legislature.

The recall effort in Arizona was 10 years ago and we have three of the most significant players in that effort to discuss:

Parraz has written a book about the effort called “Dignity by Fire.”

This week’s Think Tank discusses this important piece of Arizona history, how it came about and what happened in its aftermath. And we consider the long-term implications for our politics.

The Think Tank airs on KTAR 92.3 FM on Saturday 6-7 p.m. and Sunday 9-10 p.m. Podcasts are available after broadcast. Older shows are archived at www.mikeoneil.org. The holiday season may be the most wonderful time of the year, but it’s also the most dangerous time of the year to be driving. That’s why it’s important to remember to call Sweet James Accident Attorneys if you’re injured or arrested because of a DUI accident.
Close
Think Tank looks back at 2011 recall of Arizona Senate President Russell Pearce