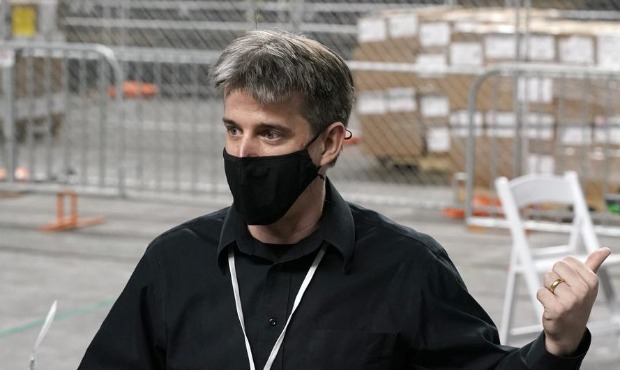 PHOENIX — The Arizona Senate will not receive the full audit report of 2020 Maricopa County election results on Monday after three members of the audit team, including Cyber Ninjas CEO Doug Logan, contracted COVID-19 and are battling the virus.

Senate President Karen Fann said only a portion of the draft report will be delivered Monday.

The full report will be ready and available to the public after the remainder of the draft is submitted and the Senate’s legal team can review it, according to Fann. A date for the release of the full report was not specified.

“The team expected to have the full draft ready for the Senate today, but unfortunately Cyber Ninjas CEO Doug Logan and two other members of the five-person audit team have tested positive for COVID-19 and are quite sick,” Fann said in a statement.

The delay adds more time to an audit that hit the four-month mark on Monday.

Republicans in the state Senate launched the review of the county ballots on April 23 in an effort to find irregularities that could support former President Trump’s false claims of a stolen election.

The lawmakers did so despite the fact that the ballots had been counted and audited twice already. Courts in Arizona and other 2020 battleground states have rejected dozens of election suits as judges found no evidence to support claims of fraud.

The review included a hand count of ballots, the analysis of voter data and a review of ballot-counting machines.

The operation got off to a rocky start on day one. A journalist pointed out that workers were using blue pens in violation of a fundamental rule of election administration.

Blue and black pens are strictly prohibited near ballots because those are the colors voters are told to use, creating the potential for workers to manipulate the count.

Days later, a former Republican state lawmaker who lost his reelection bid — and who would have been a Trump elector to the Electoral College had Trump won — was among the workers counting ballots.

The auditors chased conspiracy theories, for a time shining ultraviolet lights to look for watermarks on ballots and taking high-resolution photographs to look for evidence, such as bamboo fibers in the paper, that fraudulent ballots from Asia were slipped into the stack.

Logan ended months of silence about who was paying him when he said earlier this month a whopping $5.7 million had been contributed by political groups run by prominent Trump supporters including Michael Flynn, Sidney Powell, Patrick Byrne and correspondents from One America News Network. The figure dwarfs the $150,000 to be paid by the Senate.

With the holidays approaching, it's important to know when your home is in need of heating and plumbing updates before more guests start to come around.
Close
Maricopa County audit report delayed due to COVID-19 outbreak