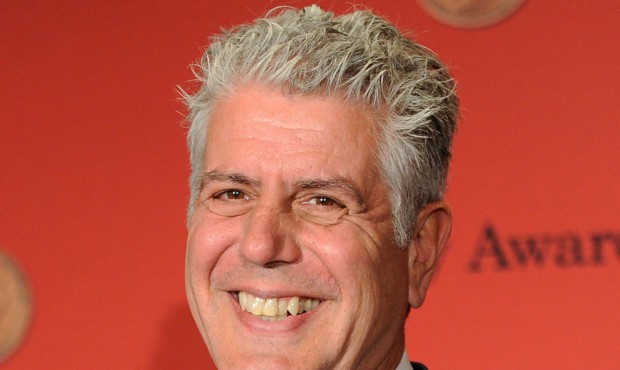 FILE - In this Monday, May 19, 2014, file photo, Anthony Bourdain poses with his award for CNN's "Parts Unknown" at the 73rd Annual George Foster Peabody Awards at the Waldorf-Astoria Hotel, in New York. Bourdain has been named editor-at-large for the website Roads & Kingdoms, a digital media company that covers global food, politics, travel and culture. (Photo by Evan Agostini/Invision/AP, File)
(Photo by Evan Agostini/Invision/AP, File)
Share

Anthony Bourdain has eaten his way through nearly every crevice of the globe, and now he’s ready to taste a new frontier — the digital world.

Bourdain has been named editor-at-large for the website Roads & Kingdoms, a digital media company that covers global food, politics, travel and culture. The role came after Bourdain, a bestselling author and host of CNN’s “Parts Unknown,” became the site’s first outside investor. He wouldn’t disclose the amount invested.

“I became aware of the site pretty early on and was blown away by what I saw,” he said during a recent telephone interview. “This is smart, deeply immersive long-form stuff. Beautiful photographs. It’s not listicles. It’s not top 10s. It’s not click bait. It assumes a smart reader. It’s a personal essay with a point of view about interesting and sometimes arcane aspects of faraway places. And I just really admire that.”

As editor, Bourdain will oversee a new series for the site, “Dispatched,” which will feature deep looks at food and culture around the world. He also hopes to help the site expand into video storytelling. He also is publishing books with the Roads & Kingdoms team under his imprint with HarperCollins.

Roads & Kingdoms was launched in 2012 by former Time magazine editor Nathan Thornburgh and bestselling author Matt Goulding. Bourdain said he was drawn to the site because it isn’t a travel guide. “These are storytellers. I think we travel differently now. We travel to eat now. We go to countries and we go to cities exclusively for the purpose of eating. We seek things in cultures we might not have a decade ago.”

Condor Airlines brings passion to each flight and connects people to their dream destinations throughout the world.
Close
Bourdain plants digital footprint as editor at food website