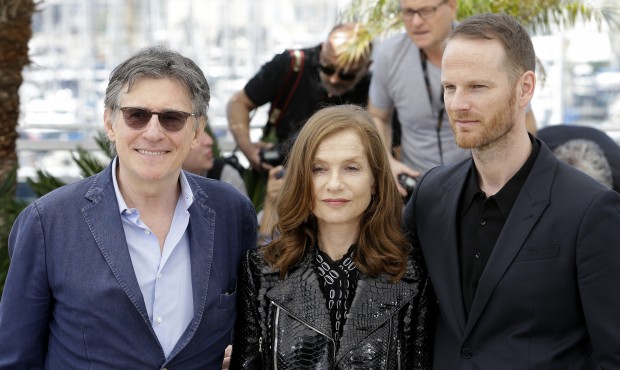 CANNES, France (AP) — Norwegian director Joachim Trier thinks the best qualities of American cinema have moved to TV — and he wants them back.

In Trier’s Cannes Film Festival entry “Louder Than Bombs,” a bereaved father and two sons struggle to console and understand one another after the death of their family’s matriarch, a famous photojournalist played by Isabelle Huppert.

Trier said he grew up “watching a lot of American movies that were great at portraying real life.”

“When I was growing up, everyone’s parents got divorced and suddenly came ‘Kramer vs. Kramer’ or ‘Ordinary People,'” he told reporters at a Cannes press conference Monday. “Years later when I was a teenager, suddenly we saw a movie like ‘The Breakfast Club’ that felt relevant to our lives.”

Trier said that strand of rich, imaginative storytelling “has emigrated to wonderful TV shows.” With “Louder Than Bombs,” he and his collaborators decided: “Let’s try to kidnap that back.”

The film, which is competing for the top prize at Cannes, the Palme d’Or, has an elaborate structure but a simple message: Families are complicated.

Byrne’s father is baffled by teenage son Conrad (Druid), while distant older son Jonah (Eisenberg) is experiencing a crisis after the birth of his first child.

“For the family who’s left behind after a tragedy like this (the mother’s death), how one puts together one’s life after that is a very complex journey,” Byrne said. “The film is also an examination of family, and what it means to be a father, to be a son, to be a wife, to be a husband.”

Trier, whose “Oslo, August 31,” played in Cannes’ Un Certain Regard category in 2011, intersperses the main storyline with other imagery, including the video games that the younger son plays and the photographs Huppert’s character takes in the war zones and refugee camps.

“I think we were interested in, for lack of a better term, polyphonic structure,” the director said. “Which means the different voices of the family creates one story.”