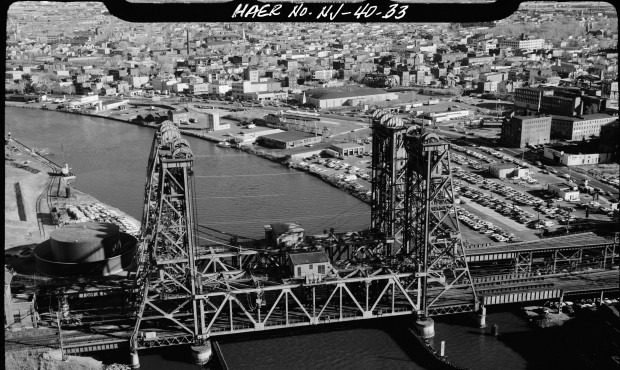 NEW YORK (AP) — The trains that link global centers of learning, finance and power on the East Coast lumber through tunnels dug just after the Civil War, and cross century-old bridges that sometimes jam when they swing open to let tugboats pass. Hundreds of miles of overhead wires that deliver power to locomotives were hung during the Great Depression.

The rails of the Northeast Corridor are decaying, increasingly strained — and moving more people than ever around the nation’s most densely populated region.

The railroad’s importance became all the more apparent after Amtrak Train 188 derailed Tuesday as it sped around a curve in Philadelphia, killing eight passengers and injuring more than 200.

The wreck closed part of the corridor all week. On a normal weekday, 2,000 trains run by Amtrak and eight other passenger rail systems carry 750,000 riders on railway between Washington and Boston, making it a vital link for both intercity travelers and suburban commuters.

Federal investigators will take months to determine the cause of the crash. Speed, not equipment failure, has emerged as a key factor.

Still, the crash refocused attention on the slow-motion deterioration of vital infrastructure with a seemingly endless to-do list. By one estimate, it would take $21 billion just to replace parts still in use beyond their intended lives.

“The stakes are enormous,” Amtrak’s president, Joseph Boardman, warned in his 2015 request to Congress for funding. He said the corridor was experiencing a “crisis brought on by decades of chronic underfunding.”

Some federal lawmakers want to give Amtrak less, not more. A day after the accident, the House Appropriations Committee voted to cut Amtrak’s federal subsidy for next year by $251 million, to $1.1 billion.

“There just isn’t enough money to go around,” said Rebecca Reyes-Alicea of the Federal Railroad Administration. In her job as the agency’s Northeast Corridor program manager, Reyes-Alicea has been helping states pool their clout and push for federal money all along the corridor, rather than competing with one another.

Amtrak’s ridership on the corridor is up 50 percent since 1998, thanks mostly to the introduction of high-speed trains now favored by travelers who used to fly between New York, Washington and Boston. Amtrak carried a record 11.6 million riders on the corridor in fiscal year 2014.

Commuter railroads that rely heavily on the rail corridor, like the Metro-North Railroad serving New York and Connecticut, also have been breaking ridership records.

Reyes-Alicea ticks off a list of needs, from a bigger station in Boston at the northern terminus to obsolete bridges along many of the 450 miles that end next to Capitol Hill.

Half of the route’s 1,000 bridges are around a century old. Not all are at the end of their useful lives, but at current funding levels, it would take 300 years to replace all of them, according to the Northeast Corridor Commission of transportation officials.

A 105-year-old bridge over New Jersey’s Hackensack River, the Portal Bridge, wouldn’t close for 45 minutes in February after it opened for a tugboat. Plans call for a pair of replacement bridges. The first one will cost $940 million.

There are 10 such “historic moveable bridges” along the corridor.

In Connecticut, officials are working on a plan to replace a swinging bridge over the Norwalk River. It was built in 1896.

Last year, after some needed equipment changes, the bridge got jammed, twice, at rush hour while trying to close. The computer that operates the bridge is from the 1980s.

Replacing the bridge, he said, could cost $650 million.

Connecticut has three other bridges built in 1904 and 1905 that the state would like to replace soon, Bernick said.

“They are all turn-of-the-century vintage structures that require a lot of maintenance to keep going, and the challenge is to say you need to replace them all at once,” Bernick said. “You’re talking about billions of dollars. And can you operationally pull that off with an operating railroad?”

In Baltimore, trains pass through a 1.4-mile tunnel built in 1873 — one so narrow, decrepit and leak-prone that speeds are limited to 30 mph.

With such chokepoints, the journey between Boston and Washington takes at least seven hours. Trains connecting major cities in France can cover a longer distance in less than half the time.

In its five-year financial plan, released in February, Amtrak warned that its passenger cars also were older than at any previous point in its history.

Amtrak’s Train 188 was going 106 mph just before it derailed on a curve with a speed limit of 50 mph, according to federal accident investigators. “We should be saying that was half as fast as it should have been going, not twice as fast,” said Phineas Baxandall, a transportation analyst for U.S. PIRG, a nonprofit which advocates more transit funding.

No bottleneck on the Northeast Corridor is more potentially problematic, in the long haul, than where the tracks connect New Jersey and New York City under the Hudson River.

About 170,000 rail passengers make the crossing each weekday in a two-tube tunnel built in 1910. Some travel Amtrak; more take New Jersey Transit.

A few years ago, officials had a plan funded to relieve chronic backups at the crossing by building two more tubes in a second tunnel, but New Jersey Gov. Chris Christie pulled the plug, citing concerns about his state’s share of the project’s massive cost.

Then, the existing tubes flooded when Superstorm Sandy struck the city in 2012. The tunnel survived, but corrosive salt water did its damage. Now, Amtrak says both tubes will have to be taken out of service and overhauled, one at a time, sometime within the next 15 to 20 years.

Each tube could be offline for a year, a loss of capacity that Amtrak has warned could lead to “profound disruption” of existing service.

That’s not a project that can be delayed indefinitely, said Tom Wright, president of the Regional Plan Association, an urban policy group that studies transportation issues.

“Someday, an engineer is going to go down and say, ‘You know what? We can’t run the trains today. That leak looks too serious,'” Wright said.

Now, Amtrak is pushing another plan for two new tunnels, called the Gateway Program, but cost estimates have topped $16 billion, which would make the project bigger than anything Amtrak has pulled off previously.

“These problems are not going away,” U.S. Secretary of Transportation Anthony Foxx said of the nation’s most important rail corridor. “They’re going to be there and we’ve got to own up to it and figure out a way forward as a country.”

The AP National Investigative Team can be reached at investigate@ap.org

Sports betting in Arizona opened a new world to young adults, one where putting down money on games was as easy as sending a text message.
Close
America’s premier rail superhighway is slowly falling apart