Weekend wrap-up: Here are the biggest Arizona stories from June 11-13 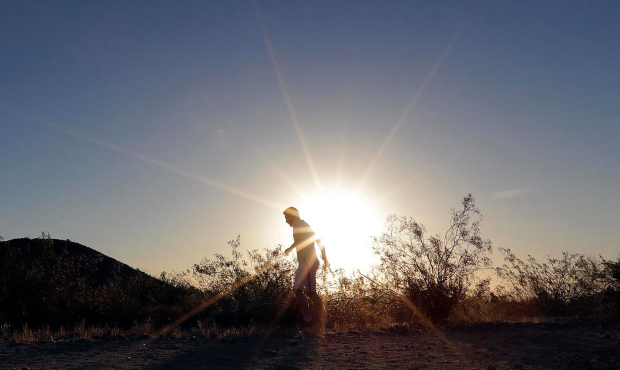 PHOENIX — Phoenix recorded its first 110-degree day of the year, Stage 2 fire restrictions have been implemented across all state land in Arizona and detectives seized nearly 100 pounds of methamphetamine and arrested a California man for drug trafficking.

The scorching summer heat is here.

Phoenix recorded its first 110-degree day of the year at 3:55 p.m. on Saturday, according to the National Weather Service.

The mark occurred at about the normal time in the city as the average date for the first 110-degree day of the year is June 11.

Stage 2 fire restrictions have been implemented across all state land in Arizona as of Friday, the Department of Forestry and Fire Management said.

The restrictions are due to forecasted warm and dry weather conditions, including potential dry thunderstorms, which increases fire danger, according to a press release.

Welding and chainsaw operations are also suspended as part of the upgraded restrictions.

Detectives took nearly 100 pounds of methamphetamine off the street in Phoenix and arrested a California man for drug trafficking earlier this week, authorities said Friday.

The Arizona Department of Public Safety seized 94.5 pounds of meth near 75th Avenue and Indian School Road on Tuesday, the agency said on Twitter.

The department said its Pinal Criminal Targeting Unit made the bust with support from SWAT and highway patrol.

Carlos A. Hernandez Cordova of Thermal, California, was arrested in the case on charges related to drug trafficking, DPS said.

A high pollution advisory is in effect across metro Phoenix through Monday, the Arizona Department of Environmental Quality announced.

It is recommended that residents — especially children and adults with respiratory problems — limit outdoor activity while the advisory is in effect.

Exposure to air pollution can increase the number and severity of asthma attacks, cause or aggravate lung diseases and reduce the body’s ability to fight infection.

Govs. Doug Ducey of Arizona and Greg Abbott of Texas reached out to the remaining states’ top elected officials asking for law enforcement help at the southern border.

Ducey and Abbott sent their request in a letter Thursday.

The letter opens: “We write to you regarding our existing Emergency Management Assistance Compact, which empowers our states to help one another in times of disaster or emergency.

In May, Ducey was one of 20 Republican governors who signed a letter calling on the White House to take action to end the crisis at the border.

While there are a variety of ways to prevent clogged drains, it's equally as important to know what to do when you're already too late.
Close
Weekend wrap-up: Here are the biggest Arizona stories from June 11-13