Thousands without power as storms wreak havoc across metro Phoenix

PHOENIX — Thousands of people across the Valley lost power on Monday after storms wreaked havoc in the Phoenix metro area.

Power outages were primarily seen in west and north Phoenix as well as in southeast Valley suburbs Tempe and Mesa.

The National Weather Service in Phoenix said wind gusts of up to 60 mph and pea-sized hail started pelting the West Valley around 2 p.m.

There is also a possibility of a tornado forming in relation to the expected West Valley storm, NWS added.

About 317 APS customers were without power shortly before 8 a.m. Wednesday. At 9 p.m. on Tuesday, over 3,500 people had been affected by outages.

Most of those outages were located in central, north and northwest Phoenix.

Most of those outages were located in central Phoenix. 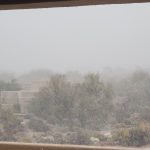 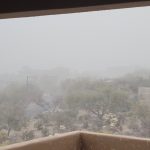 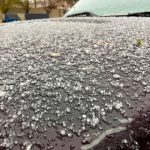