17-year-old dies after getting shot by Chandler police 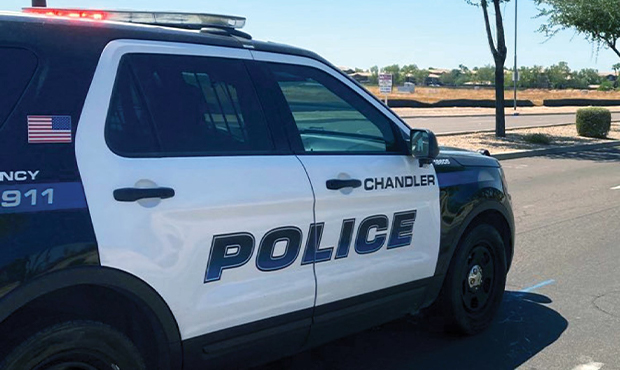 PHOENIX – A 17-year-old Chandler resident has died after getting shot by police, authorities said.

Chandler police said an officer on patrol near Erie and Delaware streets attempted to pull someone over on a bike around 9:20 p.m. Saturday for a traffic violation.

The biker, who was later identified Anthony Bernal Cano, refused and fled on foot.

The officer followed the suspect in their patrol car down an alley where Cano abandoned the bike and took off to Gazelle Meadows Park, according to police.

“During the foot pursuit in the park, the subject displayed a fire arm, which resulted in the officer using their duty weapon and firing twice,” Chandler Police Sgt. Jason McClimans told KTAR News 92.3 FM on Sunday.

After getting shot, Cano was transported in critical condition to a hospital. He died of his injuries three weeks later.

The officer has not been identified. Chandler police said the officer is a five-year veteran and has been placed on administrative leave which is standard practice.

The investigation into the case is ongoing. McClimans did say the officer had a body-worn camera which captured the incident.

It was the 1st shooting of the year involving Chandler police, according to KTAR News 92.3 FM research.

While there are a variety of ways to prevent clogged drains, it's equally as important to know what to do when you're already too late.
Close
17-year-old dies after getting shot by Chandler police