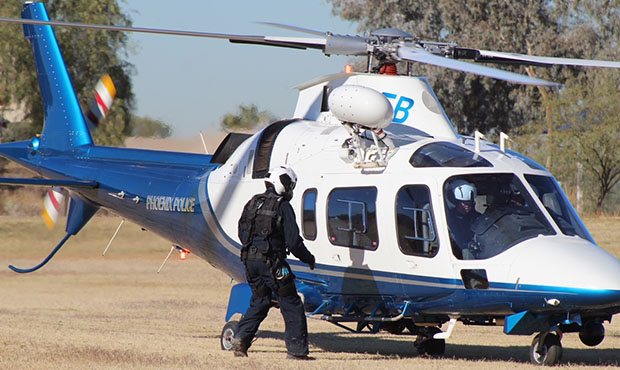 PHOENIX — The Phoenix Fire Department rescued a hiker off of South Mountain on Saturday morning.

Firefighters responded to a call of an adult female hiker with a lower leg injury around 10 a.m., according to a release.

The woman was hoisted by helicopter off the mountain after rescue crews determined the terrain was unsafe.

Phoenix firefighters have completed a hoist operation on south mountain. The patient has been transported to a local hospital in stable condition . pic.twitter.com/XeOYloiJ6i

The hiker was transported to the hospital by ambulance for further assessment and is in stable condition, according to a tweet from the fire department.