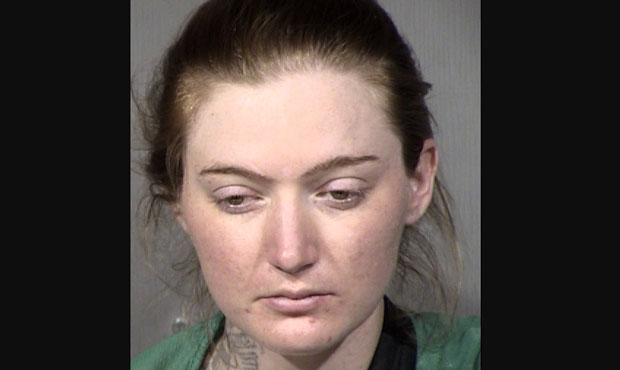 PHOENIX (AP) — Authorities say a Maricopa County inmate took away an officer’s gun and fired one round outside a Phoenix hospital a week ago when she was taken out of jail for a medical appointment.

No one was injured in the Oct. 20 shooting, and officers were able to take back the gun.

Jovana Kelsey McCreary is accused of grabbing the officer’s handgun as she was about to be brought back to jail.

The Maricopa County Sheriff’s Office, whose officers had taken McCreary to the Maricopa Medical Center, said the inmate had to be taken to a sheriff’s van in a wheelchair because she had become uncooperative.

McCreary, who was restrained with handcuffs, shackles and a belly belt, stood up and tried to walk away when officers were loading her into the van. As officers steered her to the back of the van, a struggle ensued in which McCreary took the gun out of the officer’s holster and fired one shot.

McCreary hasn’t yet entered a plea on aggravated assault charges stemming from the shooting outside the hospital.

This isn’t the first time McCreary is accused of firing a gun during a struggle with officers.

McCreary was shot by Phoenix police officers in July when investigators say she pulled out a handgun from her waistband as they were trying to arrest her outside a hotel. Her roommate told police that he kicked her out of his hotel room and that McCreary had fired a gunshot in the parking lot, according to court records.

As officers were trying to put McCreary under arrest for an outstanding misdemeanor warrant, they say she pulled out a revolver and fired one shot, which didn’t strike anyone. McCreary was then shot by officers and survived her injuries.

She has pleaded not guilty to aggravated assault and other charges stemming from the July 8 shooting.

So, your little one starts kindergarten soon. How exciting! You still have a few months before the school year starts, so now’s the time to make sure students-to-be have the vaccines needed to stay safe as they head into a new chapter of life.
Close
MCSO inmate fires officer’s gun outside Phoenix hospital