148 homicides committed in Phoenix through Sept., up sharply from 2019 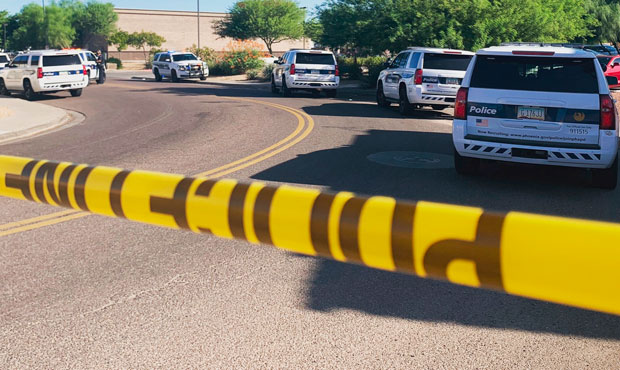 PHOENIX – Homicides — deaths at the hands of another person — have risen sharply in Phoenix this year.

The Phoenix Police Department ruled 148 deaths as homicides from January through September, a 44% increase over the same time period in 2019, according to Uniform Crime Reporting data.

“That’s a number that we are really concerned about and we’re going to find ways and different opportunities that we can work with our community and obviously with the family of the victims to find closure and to and make sure we find justice as well,” Phoenix Police Sgt. Mercedes Fortune told KTAR News 92.3 FM on Wednesday.

Fortune said the department’s clearance rate on homicide cases was 69% this year.

Most major U.S. cities have seen homicides rise by double-digit percentages this year, but only Chicago at 50% had a larger increase than Phoenix.

The rise was especially acute during the summer, with homicides more than doubling for July-September year over year.

Fortune said the coronavirus pandemic could be a contributing factor.

“This year is like no other year,” she said. “You know we have so many different challenges that face every single person in this country, and in the state of Arizona we obviously are not immune to those challenges.”

Last year from January to September, Phoenix had 12 homicides related to domestic violence. That number was 35 for the same time in 2020, representing 24% of all the city’s homicides.

Gang-related homicides have more than tripled this year and make up 7% of the total.

Fortune said it’s more difficult to do community outreach during the health crisis, which could be a reason gang violence is up.

“We’re trying to figure out what is there that we can do and what different ways, maybe it’s a virtual type of meeting, that we can have, and what other outlets these kids have or these young people have.”

Condor Airlines brings passion to each flight and connects people to their dream destinations throughout the world.
Close
148 homicides committed in Phoenix through Sept., up sharply from 2019