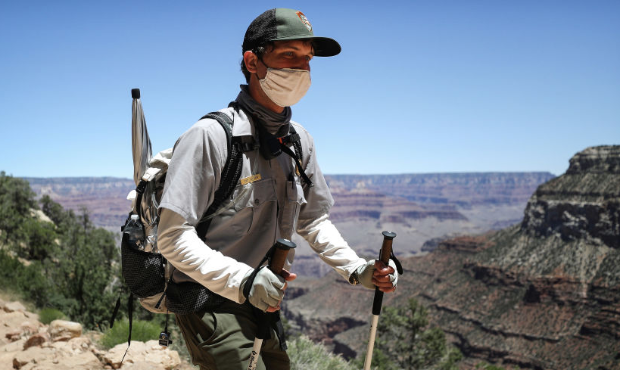 PHOENIX — Grand Canyon National Park rangers had a busy weekend as they worked to rescue visitors suffering from heat-related illnesses.

On Saturday, Phantom Ranch rangers and the park’s helicopter responded to a tourist visiting the Colorado River who had experienced fatigue and heat illness, according to a press release.

The park visitor was also suffering from hyponatremia and an altered level of consciousness due to drinking an excessive amount of water.

On Sunday, a hiker suffering from an altered level of consciousness on the Bright Angel Trail required the response of Indian Garden rangers.

The rangers discovered the hiker to be suffering from heat stroke when they arrived on scene and immediately began administering active cooling measures.

The patient was later transferred to Flagstaff Medical Center via park helicopter.

To avoid health risks, park officials encourage all visitors to schedule warm-weather hikes before 10 a.m. or after 4 p.m.

Visitors are also encouraged to balance their food and water intake, rest in shaded areas and drink plenty of fluids.

Nearly two out of every three children in low-income communities don’t own a single children’s book, a fact that ultimately could have profound impacts even before entering kindergarten, according to Arizona nonprofit Southwest Human Development.
Close
Excessive heat at Grand Canyon causes multiple search and rescue efforts