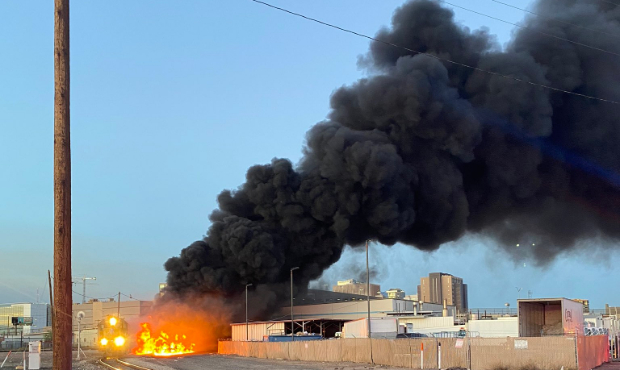 PHOENIX — A HAZMAT train fire broke out in downtown Phoenix on Friday evening.

The incident occurred near Buchanan Street and Ninth Avenue.

Four to five rail cars derailed and caught fire after the first engine ruptured a fuel tank, causing diesel fuel to spill on the south side of the track, according to the Phoenix Police Department.

Authorities ruled it a hazardous materials (HAZMAT) situation due to the chemicals on board.

The blaze was controlled at 9 p.m.

No firefighters were injured and the cause is under investigation.

Jace Hyduchak was like most other kids in his kindergarten class: He loved to play basketball, dress up like his favorite superheroes and jump as high as his pint-sized body would take him on his backyard trampoline.
Close
HAZMAT train fire breaks out in downtown Phoenix