PHOENIX — There are now 10 billionaires living in the state of Arizona, according to Forbes’ recently released list of the world’s extremely wealthy.

That metric is up one from the nine Arizona billionaires that made the cut in 2019.

The total number of billionaires around the globe dipped from 2,153 to 2,095 over the last year, lowering the overall net worth from $8.7 trillion to $8 trillion, according to Forbes.

Globally, four of the top five were Americans.

Amazon CEO Jeff Bezos took the cake globally with a net worth of $124.7 billion, with Microsoft founder Bill Gates coming in second at $104.1 billion.

Arizona’s big moneymakers didn’t appear on the list until nearly the 600 spot.

Others on the list included Bennett Dorrance, the Campbell Soup heir and DMB Associates co-founder, and GoDaddy founder Bob Parsons, whose company is headquartered in Scottsdale.

Take a look at the whole Forbes’ Arizona list in the slideshow: 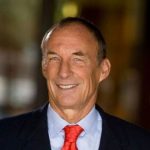 Instead of waiting for a problem to happen, experts suggest getting a head start on your plumbing maintenance.
Close
Here are Arizona’s richest businessmen, Forbes says