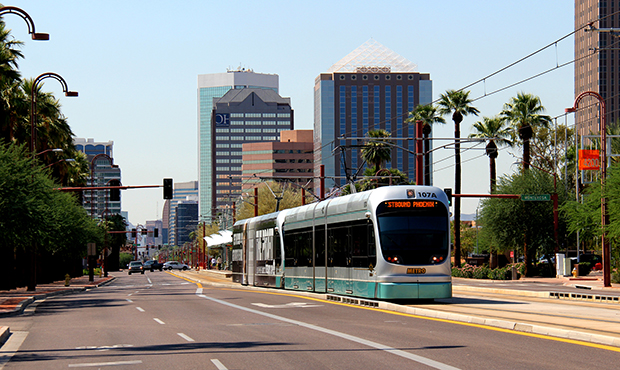 PHOENIX — As the light rail system expands in the Valley, the city of Phoenix and general contractor Kiewit Infrastructure West are looking for construction workers to help build a new hub.

The South Central Extension-Downtown Hub will be built on Central Avenue between Broadway and Roeser roads in Phoenix.

A hiring event is scheduled to take place Tuesday at the [email protected] South Phoenix Job Center from 9:00 a.m. to 12:00 p.m.

Kiewit is planning to “hire a large team” for the project, according to a press release. The contractor group is looking to hire laborers and heavy equipment operators.

Specifics can be found at the hiring event website.

The hub will be part of a five-mile extension to the light rail. It will connect the system to downtown Phoenix.

Maximize your retirement savings with guaranteed fixed rates up to 4.30%. Did you know there is a financial product that can give you great interest rates as you build your retirement savings and provide you with a paycheck for life once you retire? It might sound too good to be true but it is not; this product is called an annuity.
Close
Phoenix to hold construction job fair for light rail hub