If you’ve been too busy filling out your NCAA bracket and watching March Madness to know what’s trending this week, I’ve got you covered with the three stories you need to know:

First, Fred Phelps was the leader of the Westboro Baptist Church that is notorious for protesting gays and the military. He died this week, causing many to celebrate.

Now, let’s go back to the 2012 Super Bowl halftime show. Remember the singer, M.I.A., that flipped off the cameras during her performance? The National Football League is suing her for $16 million because she is ruining the NFL’s reputation. YEAH. I’m sure it’s the singer and not all those concussions, right? 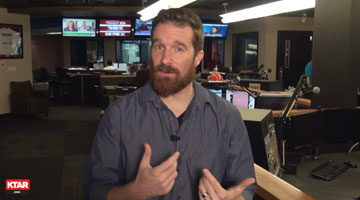 Dr. Anastasi from Mayo Clinic Orthopedics and Sports Medicine in Tempe answers some of the most common questions.
Close
Trending with Rob Hunter: Fred Phelps Sr., NFL and AirBnB