If he walked away, Bowe Bergdahl should pay the price 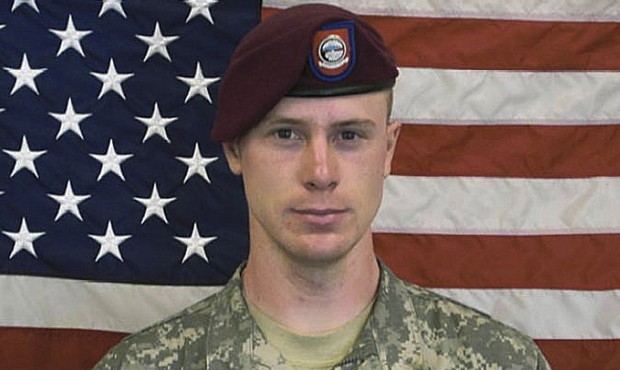 On Tuesday, a few days after a prisoner swap returned U.S. Army Sgt. Bowe Bergdahl, President Barack Obama said, “The United States has always had a pretty sacred rule and that is we don’t leave men and women in uniform behind.”

There’s one big problem with that rule in regards to Bowe Bergdahl: He left men behind while serving as a private in Afghanistan.

On June 30, 2009, Bergdahl was assigned to guard duty in a makeshift base in the Paktika Province. By sunrise, the soldier was gone. A defense official confirmed to USA Today, “(Bergdahl) walked off his post without authorization before he was captured.”

Nathan Bradley Bethea served with Bergdahl in Afghanistan. In The Daily Beast he wrote,

The soldiers in 2nd Platoon, Blackfoot Company discovered his rifle, helmet, body armor and web gear in a neat stack. He had, however, taken his compass. His fellow soldiers later mentioned his stated desire to walk from Afghanistan to India.

Bethea said Bergdahl deserted the U.S. Army. Desertion is defined by the Uniform Code of Military Justice as:

(a) Any member of the armed forces who–

(1) without authority goes or remains absent from his unit, organization, or place of duty with intent to remain away therefrom permanently;

(2) quits his unit, organization, or place of duty with intent to avoid hazardous duty or to shirk important service; or

Desertion is punishable in a time of war, “by death or such other punishment as a court-martial may direct” because desertion goes against the very creed the president pushed that “no one gets left behind.”

Sgt. Matt Vierkant, who also served in the same platoon as Berdgahl, said, “I was pissed off then (in 2009) and I am even more so now with everything going on. Bowe Bergdahl deserted during a time of war.”

Others are keen to forgive Berdahl because of the length of his captivity. On the Facebook page Bowe Bergdahl is NOT a hero someone wrote, “I challenge any of you who label him a traitor to spend 5 years in captivity with the Taliban or Haqqani, then come back and accuse him again. Whatever his intent when he walked away or was captured, he has more than paid for it.”

It’s true, Bergdahl was held prisoner for five years. That’s not something to take lightly, but neither should his decision to leave his post that led to his capture, nor should the fact that six U.S. soldiers died while on missions to find him and bring him home.

There’s plenty of joy to go around with Sgt. Bergdahl back in U.S. hands. He’ll be able to reunite with his family and come back to a country he hasn’t seen in a long, long time. But the soldiers who served with Bergdahl and the ones who perished while searching for him deserve justice too. As much as Bergdahl paid for his decision to walk off base, Staff Sgt. Clayton Bowen, Pfc. Morris Walker, Staff Sgt. Kurt Curtiss, 2nd Lt. Darryn Andrews, Staff Sgt. Michael Murphrey and Pfc. Matthew Martinek paid more.

If the facts prove Sgt. Bowe Berdahl deserted his post, the U.S. Army should court-martial him and he should pay the consequences.

Quantum Fiber supplies unlimited data with speeds up to 940 mbps, enough to share 4K videos with coworkers 20 times faster than a cable.
Close
If he walked away, Bowe Bergdahl should pay the price