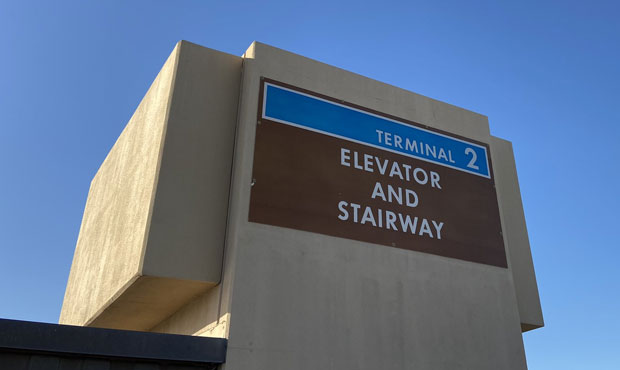 Terminal 2 saw its first flights in 1962 and was considered Phoenix’s gateway into the jet age.

The 330,000-square-foot terminal housed 19 gates and several airlines, including Alaskan and United.

One airport worker said she moved to the Valley in 1959, just a few years before the terminal opened, and has been working for Sky Harbor for more than 30 years.

“You hate to see Terminal 2 go, but that’s progress,” she said with a smile.

All of the airlines that previously called Terminal 2 home will be absorbed by Terminal 3.

“The time it takes to get from the car to the check in point and then through security, that really makes a difference,” he said. “I think Terminal 2 was a lot faster. I think Terminal 3 is going to be a lot nicer but a lot slower.”

He wasn’t the only traveler to express an attachment to Terminal 2.

Others took to Twitter to reminisce about memories they created there.

I’m an Alaskan – and when I moved to Arizona, terminal two was my terminal – Alaska Airlines. It was easy to park, to navigate – and it felt like home – always met lots of Alaskans going home or returning or people going to my state for the first time

My first international flight was out of this terminal…Australia. Every time I went back to terminal 2 after that flight I was excited and recalled great memories.

Yes!!! The mural is one of my favorites. I’m almost as old as that terminal and have used it forever — the fastest way to fly in America. RIP.

Every time I had to fly out of Terminal 2 I’d feel a little excited about not having to deal with Terminal 4.

The most notable memory for Terminal 2 seemed to be when hundreds packed into the airport to welcome home the Phoenix Suns after their 1976 Western Conference Championship win over the Golden State Warriors.

May 1976. The Suns return home from winning the NBA Western Conference Championship. Over 5,000 fans pack the Terminal late on a Sunday night. A local car dealer had a new vehicle on display. The crush of people left the car demolished.

@TaylorKinnerup A buddy and I tried to get into the Terminal that night and we’re too late. We joined others parked along Sky Harbor Boulevard.

At least one piece of Terminal 2 will be preserved: the original mural from the terminal lobby entitled “The Phoenix” by artist Paul Coze.

The mural will be removed from the terminal and relocated to the Rental Car Center in 2021. The holiday season may be the most wonderful time of the year, but it’s also the most dangerous time of the year to be driving. That’s why it’s important to remember to call Sweet James Accident Attorneys if you’re injured or arrested because of a DUI accident.
Close
Valley travelers reminisce as Sky Harbor Terminal 2 closes doors