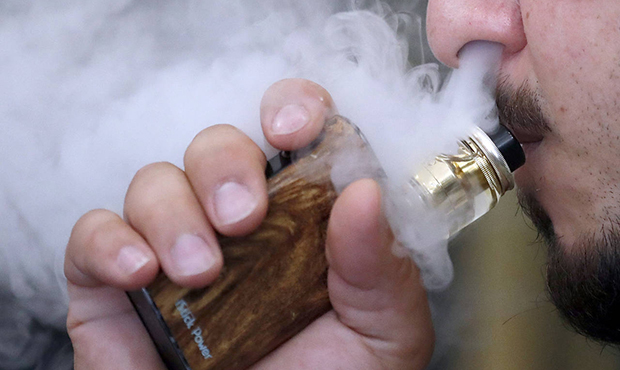 PHOENIX — The Arizona Department of Health Services announced Wednesday four more cases of a vaping-related respiratory illness in the state.

The update brings the total number of cases discovered in Arizona in the past month to seven. None of the cases have resulted in death, according to a press release.

Nationwide, more than 800 vaping-related respiratory cases have been reported in 46 states and a U.S. territory, including 12 deaths in 10 states.

“The investigation has not identified any specific substance or e-cigarette product that is linked to all cases,” the department said in the release. “Vaping devices containing both nicotine and cannabinoid substances have been identified in this investigation.”

Doctors and health officials are suggesting people stay away from all vaping products until the U.S. Centers for Disease Control and Prevention investigation establishes exactly what’s at the root of the illnesses.

Goodyear last week became the first Valley suburb to pass a directive against the sales of electronic cigarettes, tobacco and related devices and products.

Previously, retailers in the city were prohibited from selling vaping and tobacco products to minors.

Now, retailers won’t be able to sell the nicotine products to anyone younger than 21.

The U.S. surgeon general reported last year more than 3.6 million youth, including 1 in 5 high school students and 1 in 20 middle school students, use e-cigarettes.

Since its first production in the early 1970s, the Vrbo Fiesta Bowl Parade presented by Lerner & Rowe has been a staple of Valley traditions, bringing family fun and excitement to downtown Phoenix.
Close
Arizona announces 4 more cases of vaping-related respiratory illness