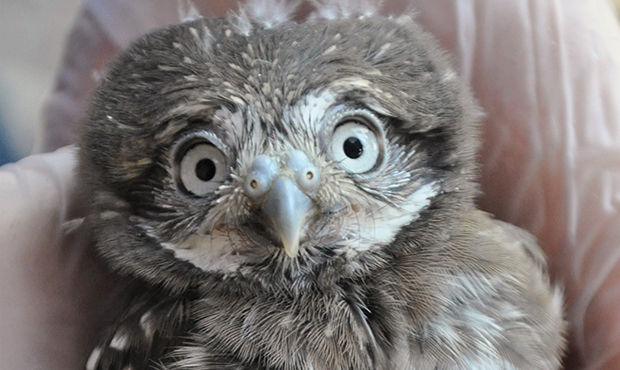 PHOENIX — The Phoenix Zoo welcomed a few more ounces of fluff over the last month.

Four cactus ferruginous pgymy owls were born recently at the Phoenix Zoo, according to a press release.

At full size, they will be no larger than 3 ounces, according to the zoo.

This type of pygmy owl was at one point classified as an endangered animal. It is currently listed under the Species of Greatest Conservation Need in Arizona.

There are thought to be fewer than 100 remaining in the state. Habitat loss was factor in the declining population.

“We’re thrilled about the success we’ve had with pygmy owls in just a short amount of time, and excited to be working with our conservation partners to learn about the behavior and reproduction of this native species,” Dr. Tara Harris, the zoo’s director of conservation and science, said in a statement.

As the name suggests, the owls build nests in saguaro cactus cavities. They are native birds to Arizona, southern Texas and northern Mexico.

Through a breeding program started by Wild at Heart Raptor Rescue with Arizona Game & Fish Department and the U.S. Fish and Wildlife Service, the birds laid 11 eggs, four of which hatched. The zoo hopes the bird that laid only infertile eggs will soon lay another clutch.

Once the chicks age and mature, they will be added to the breeding program.

The owl facility is not an open exhibit at this time. Jace Hyduchak was like most other kids in his kindergarten class: He loved to play basketball, dress up like his favorite superheroes and jump as high as his pint-sized body would take him on his backyard trampoline.
Close
4 fluffy pygmy owls hatch as part of Phoenix Zoo breeding program